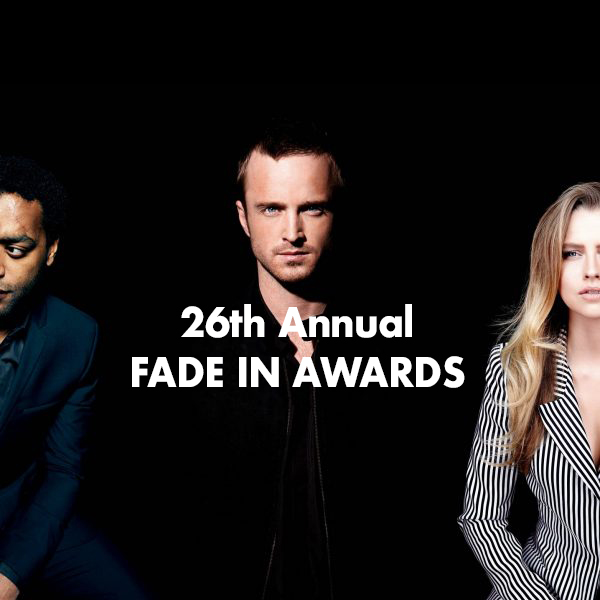 The FADE IN AWARDS deliver industry recognition, career-making mentoring & unprecedented direct access to 1000s of Hollywood buyers & reps. Established in 1996, the Fade In Awards have proven each year that when it comes to establishing emerging artists within the entertainment community, all it takes is a solid support network to begin your career as a working filmmaker.

Executive Producer/Creator/Writer Jon Bokenkamp (The BlackList) calls his decision to enter the Fade In Awards, “The most important moment in my career.” “When CBS Studios producer Todd Nelson encouraged me to submit, my inclination was to say, ‘No.’ I remember thinking there was no way I could afford it. But my script Preston Tylk won and got me an ICM agent. It was huge for me.” Bokenkamp went on to work with Angelina Jolie and Halle Berry on Taking Lives and Perfect Stranger, respectively.