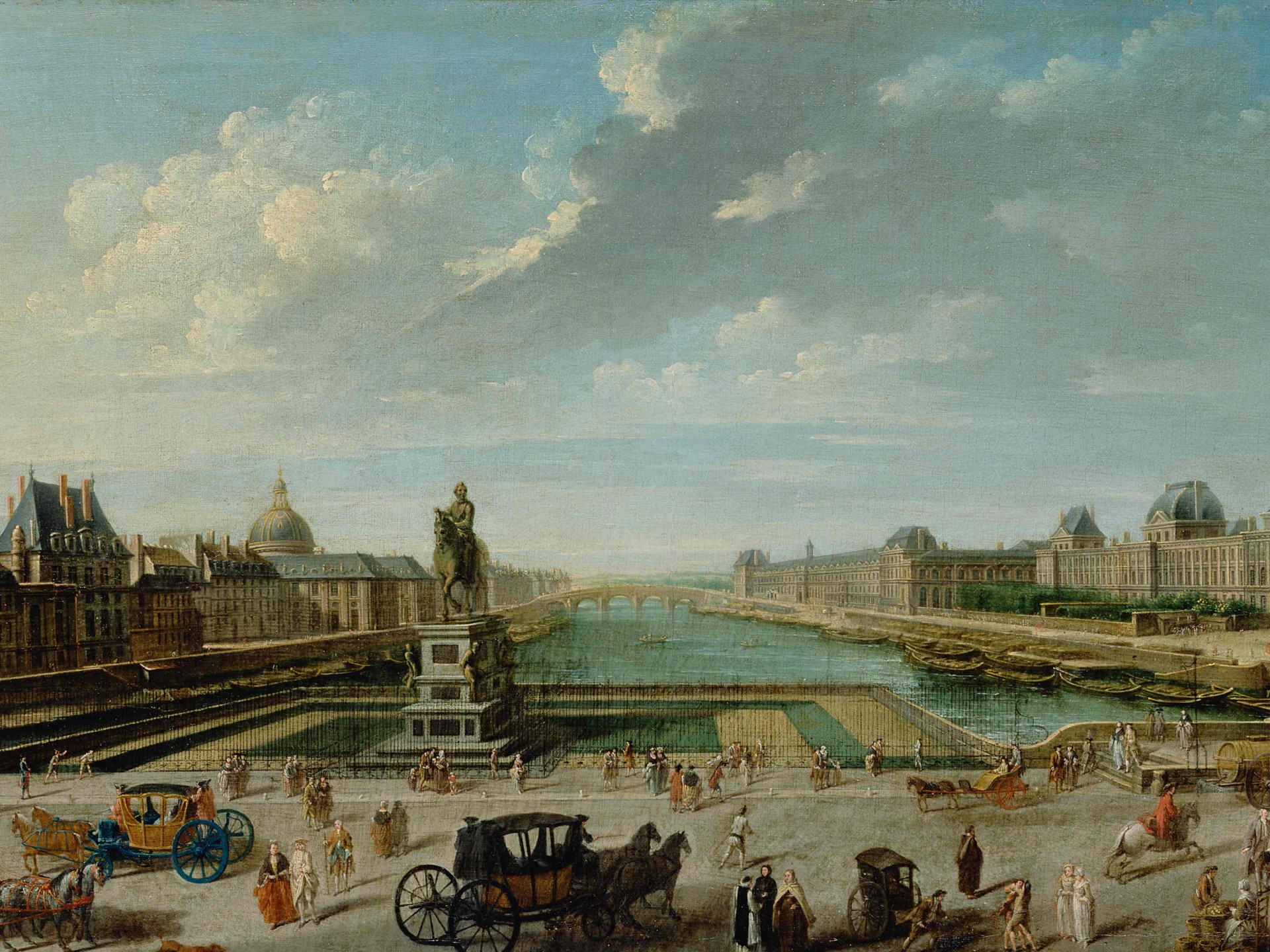 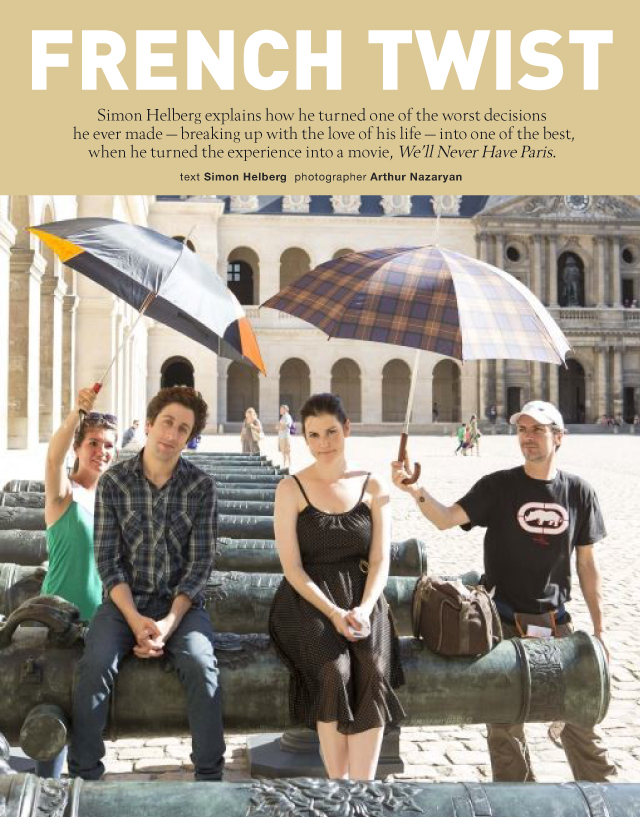 he structure of We’ll Never Have Paris is pretty true to life. It’s my story, when I was somewhat young and in the midst of a quarter-life crisis: I break up with the love of my life and then realize I’ve made a huge mistake and try to win her back.
I don’t know what came first; the idea or the breakup. I got caught in sort of a spiral of neuroses. To say I lost some perspective is an understatement. Something happened in the midst of all this complete and utter systematic self-destruction of both myself and my entire life. I had this moment of realizing that it was an unbelievable story, and again, I don’t know if I started to live it out in a way that was intentionally cinematic, or if I just was falling into these situations that seemed to be ripped from some tragic romantic comedy. I’d have these glimpses of, “This can’t be. I cannot have just flown all the way across the world to win back my love and find her canoodling with a French violinist. How is that possible? And how is it possible that I also now have to stay in his apartment?”
It was insane.
But I thought an audience might relate to this kind of scenario in a darker romantic comedy. So often a romantic comedy will start with somebody being heartbroken, or wronged, and you’ll follow that person — the person who was jilted. I wanted to follow the person who did the jilting and the wrongdoing, because I feel like it’s an important part of that dynamic. So I took the risk to show my character in a less-than-favorable light, and if it was true for me, I hoped that people would relate to it, and maybe it’d be a new way to tell a story.
Of course, I left out broaching the topic of turning our real-life break-up into an actual movie to my wife, Jocelyn Towne, until after I started talking to friends and people in meetings about the story. Here I was, talking about this movie idea that was based on my shortcomings, and people took interest in it. I didn’t really plan on doing it backwards, it just came out. So I came home one day and I said to Jocelyn, “Yeah, people love our story.” And she was like, “What do you mean our story? I haven’t even told my parents about our breakup.” Luckily, by that point we had a sense of humor about it, but then I had to write it, and I was terrified because I wanted to be honest but I didn’t want to dwell in these unhappy times and then get caught back up in the nitty-gritty details of who did what, and where we were, and what we were thinking and feeling.
I thought, “Oh my God, am I about to cause our actual demise now by writing about our demise?” Luckily, when she read it, she thought it was hilarious, and then we decided what a weird, poetic, kind of masochistic, perverse thing would it be for us to direct the story of our break-up now, as a happily married couple, to bring equal perspective to it. Jocelyn had directed a movie previously, but I had not, so I knew I needed help to tell this story.
So we said, “All right, let’s go relive the worst moments of our lives and invite your in-laws to watch us film some of those scenes where I’m cheating on your character, and it will be a great time, and then we’ll go to Paris and I will grovel and cry like a schoolgirl in the exact same place that we did ten years ago. It’ll be so romantic.”
We shot mostly in Brooklyn, and a few days in Paris. All of the Paris interiors were actually shot in Brooklyn. So, of course, there was a huge heat wave in Brooklyn at the time. People were passing out from heat stroke. The location really sets the tone of a movie, and we had an absolute psychotic locations manager who set the tone of our movie right off the bat. She tried to sabotage our entire production about four days before we started shooting. Unbeknownst to us, she had slipped out and called all the locations that she had found for us and told them that we were horrible, destructive, violent people who would leave a wake of destruction at these locations. It was really horrid. Then she held all the information hostage so we couldn’t even call the people to tell them what was really transpiring. So, five days before the start of production, we had nowhere to shoot. It was terrifying. We finally managed to talk her off the cuckoo ledge with gentle coercion — and eventually, gentle threats. Then, we had to go to all these locations and say, “We’re not the crazy ones. We’re here to make a movie that we believe in.” So we lucked out. We got all the places back, but the owners all had a little bit of a weird taste in their mouths. That was the craziest thing that happened the entire shoot. 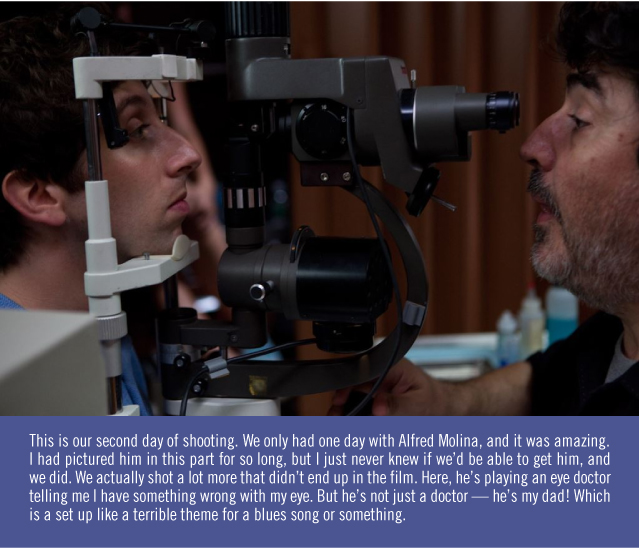 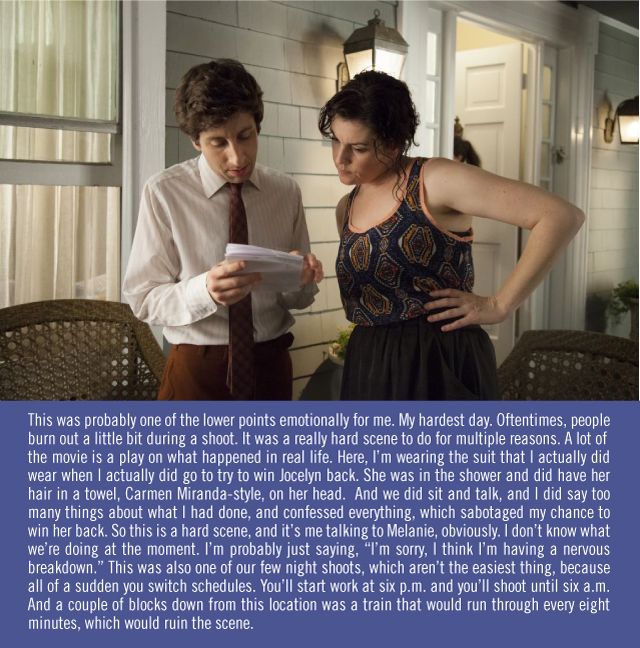 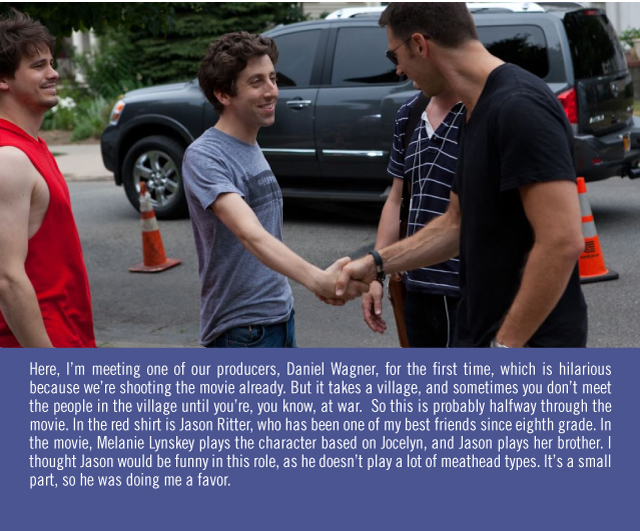 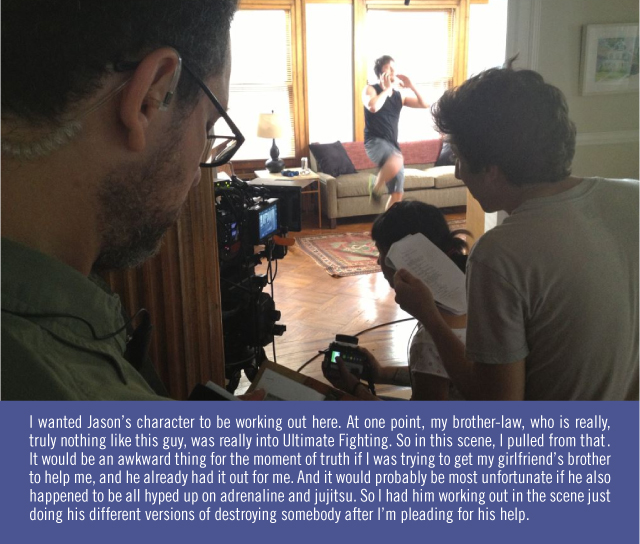 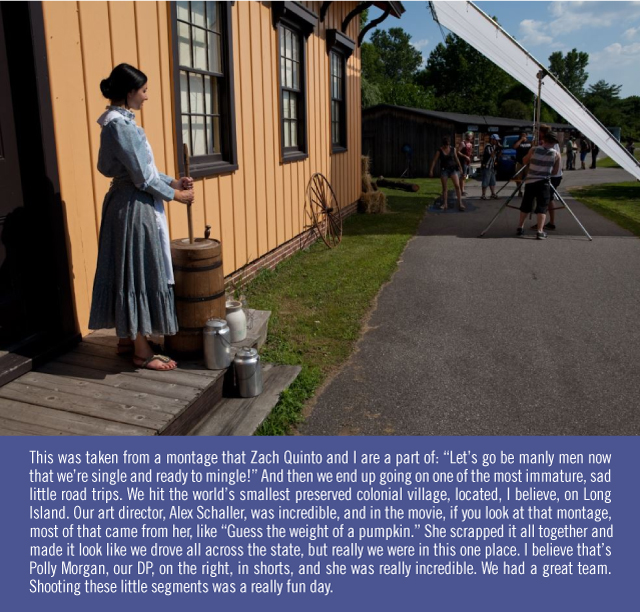 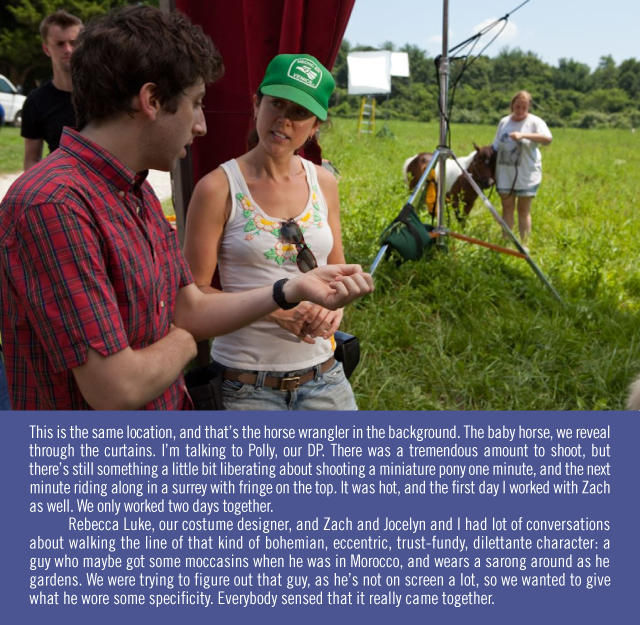 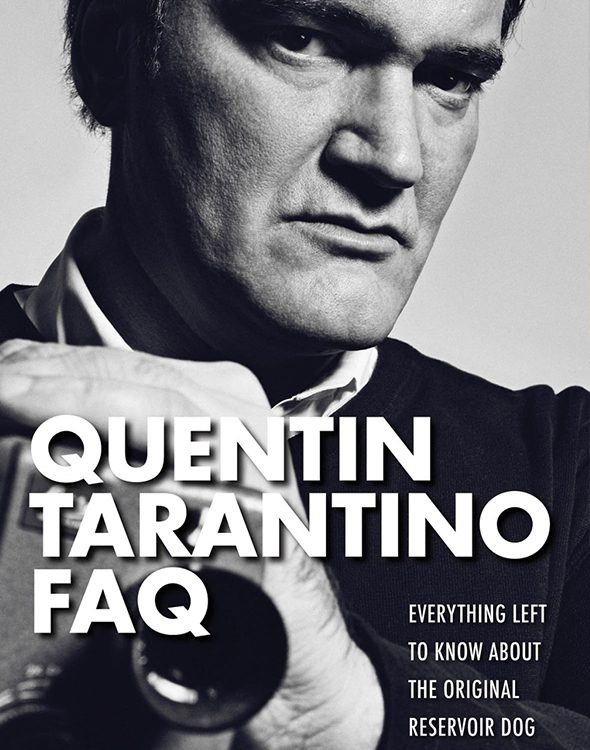 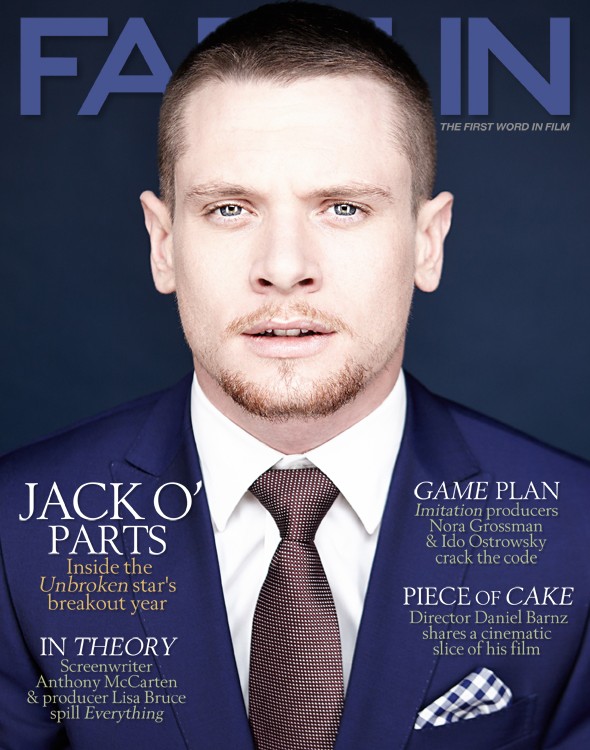 Next THE FADE IN INTERVIEW | JACK O’CONNELL
REGISTER