Back to Shop
Fadeinonline
View cart “Coverage (Script Services)” has been added to your cart. 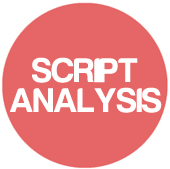