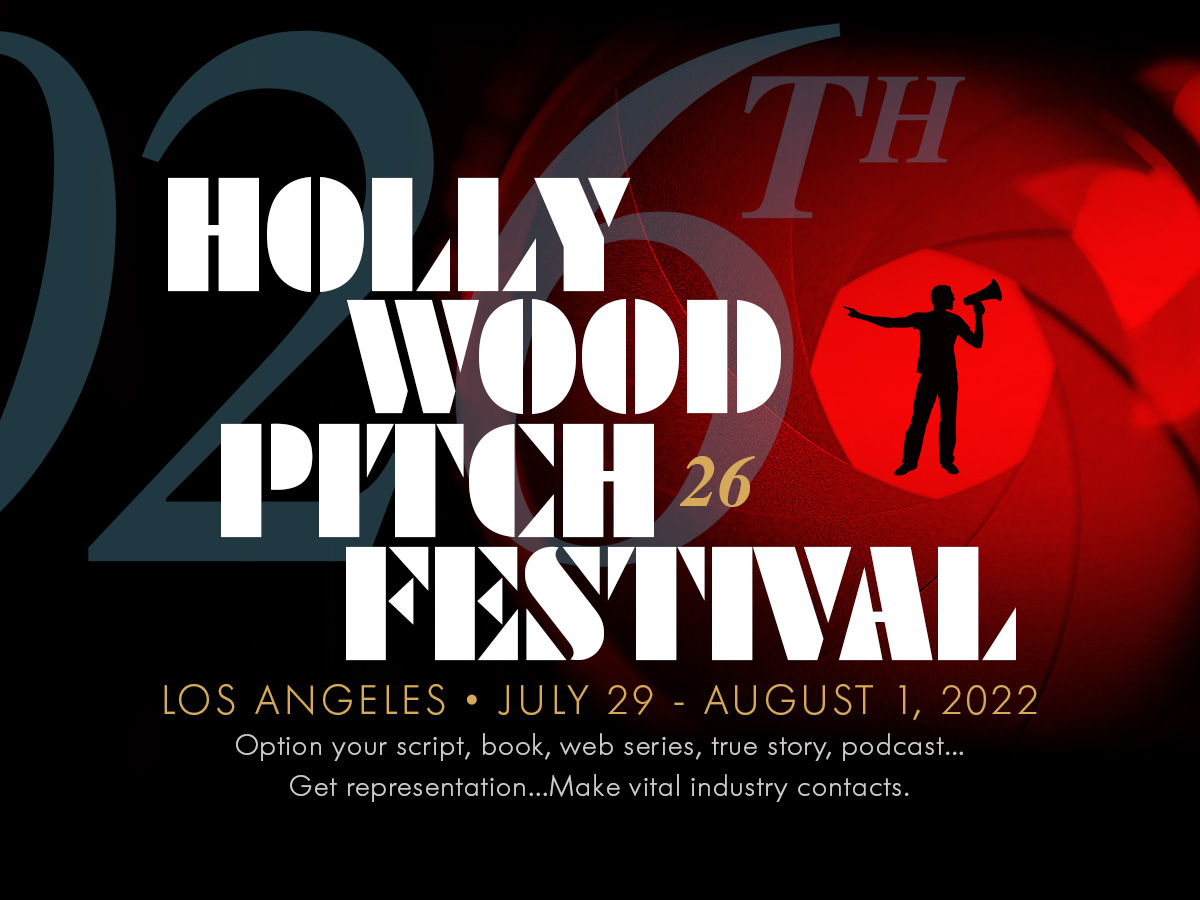 Land an agent, manager or option.

“I had two offers for representation…so I would say it was a pretty fruitful way to spend a weekend!”

“Not sure if I told you this but myself and Sheryl Petersen signed Timothy Armstrong from the pitchfest right before the break.”

“We optioned Derek Garrison’s script from your pitchfest last summer [2016]. He’s also writing something on spec for us.”

“We did option a TV project from [Hollywood] Pitch Fest [2015], so we had a pretty good time there. Looking forward to next year.”

“Thank you for my TV Reality Series [deal] with Leverage.”

“Critical Content bought it at the end of August. I will also star and be a producer for the show.”

“We found some pretty fascinating projects this year. Thanks.”

As seen on MTV, World News Tonight & The Tonight Show.

Now celebrating 26 years, the Hollywood Pitch Festival is where you want to be if you have a screenplay, teleplay, book, web series, short film, true story or unscripted concept for a feature film, television series, streaming project or reality show you’d like to sell. It’s also the event to find representation, whether you are looking for an agent, manager or entertainment lawyer. More sales, options & agency signings; more A-list companies to pitch to and more time dedicated to pitching than any other event, the Hollywood Pitch Festival is one of the largest assemblies of Hollywood buyers & representatives – your chance to pitch your projects directly to your choice of approximately 200 buyers and reps who can jumpstart your career.

Previous years’ festivals have garnered a bevy of script sales (including Born To Shop to Fox, The Meddlers to Warner Bros. and If Only to ABC) and options, in addition to hundreds of signings at WGA signatory agencies and management companies. There is only one Hollywood Pitch Festival™. Don’t be left out! Festivals 1-25 each sold out and space is extremely limited with only 200 tickets being sold.

* HPF is the only pitch event that does not pay VIPs to attend.

HPF ON THE TONIGHT SHOW