Imagine… no planes to catch, no hotels to book, no cabs, rental cars or expensive meals and no time away from work and loved ones! Fade In’s bringing Hollywood directly to you — no matter where you are in the world. All you need is a computer, webcam and a script, book or idea for a TV show or movie. Two days and two evenings of pitch meetings where you can establish vital industry contacts, land representation and even sell or option your material.

How will it work? Approximately seven days prior to the event, you’ll receive a list of agents, managers, executives and producers taking part. From this list (and subsequent email updates), you will choose your top meetings plus five alternates. We will then use your preferences to create a schedule for you, which we will email to you 24 hours in advance of the festival. This schedule will give you approximate times you will be contacted, via live video conferencing, by Hollywood VIPs to participate in one-on-one, face-to-face pitch meetings. Each meeting can be up to fifteen minutes in length.

Open to 50 participants only.

Fade In created the pitch festival and coined the word “pitchfest” in 1994. Many emulators have attempted to copy the concept since 2002, however, Fade In festivals remain the only pitch events that do not pay Hollywood VIPs to participate and that have garnered more sales, options, agency signings and yes even marriages for aspiring writers & directors. We strive to offer our customers quality events and are proud to have also been the first to introduce this new innovative, economical way of connecting with Hollywood. 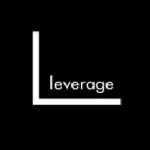 WHAT ATTENDEES OF THE ONLINE HOLLYWOOD PITCHFEST HAD TO SAY …

“Michael McQuown pitched us his film ‘The Dark Tapes’ at the online pitchfest. We’ve picked it up for international sales.” – The Octoberists (formerly Pathbender)

“My partner and I had a good meeting with Wonder Street during the last event. [The manager] asked to read our materials, and then a week later we spoke again, and he offered to take us on as our manager. So it was a super fast, smooth process. Without the pitchfest event, we never would have gotten the opportunity, so it’s a really great program!” – Jonathan Katz, 2020

“Thank you for my TV Reality Series [deal] with Leverage.” — Linda Butorac

“There is already an interest thanks to you guys and another very well known producer requested the script and wants to meet again already. Feel free to share the news and thanks again for everything.” – Sagi Barzilay

“You guys did an amazing job! You were really great about communicating progress and problem solving. I can’t say enough positive things. Great, great job! Thank you.” — Jan Stanton

“It was well executed. Everyone was very professional, and even the ones who weren’t interested in my script stayed on the line and gave me really good advice and encouragement, and I really got a lot out of that. THANK YOU!” — Jordan Thornton

“I’ve attended two live Fade In pitchfests and now this one virtual pitchfest. I’m now a fan of the virtual. I can sit at my desk and work on my script, clean my office, put another log on the fire, or whatever I want, between sessions. The company reps were at least as attentive as in—person, if not more so. I would strongly recommend this for anyone based outside the LA area.”— Randall Hall

“The event was economical and very effective for me. I was able to get access to companies that I could never have been able to connect with on my own. I’m really grateful to you for organizing this event. The [Online Hollywood Pitch Festival] offers an easy, affordable way for writers to gain access to industry professionals.” — DonnaLisa

“Thank you for doing this. It opened the doors for many of us to whom the doors are not always as readily opened. That is a good thing.”— Daron Fordham

“I had seen a lot of publicity about the Online HPF. Somehow, I was a little skeptic about the success stories, but I decided to buy one session, just to try it, thinking I had nothing to loose except some reasonable amount of cash. When I received the list of executives, I had a clear idea of the project I wanted to pitch, then I signed for the coach session and everything changed. Here I was getting the best feedback about my project. I was given a chance to improve on what could have been a disaster if I was sent straight to pitch it to the executive. I had forty—eight hours to change my project, to improve my skills to pitch and the result was a request for a script, something I give credit to my coach session. Thanks for everything and I hope to see you next time.” — Raul Gallardo, Mexico

“You did a great job!” — Jesper Sorensen, Denmark

“11 out of 13 meetings requested info. I have sent them all scripts and trailers. Rock and roll! You guys are AWESOME!” — Daven Michaels

“So far, two requests for my primary script, agent interest and a request for a couple screenplays that are in early stages or editing. Those two asked for me to finish and email to them as soon as possible. So three requests from six meetings is not bad!” —Andrea Helaine

“I thought it was great; much smoother than I expected. I’ve been to Hollywood four times without finding a single agent or film company that would even let me pitch to them without a reference. I’ve sent off 100 query letters without a single request for a read. The Online Pitchfest gave me thirteen pitches in one weekend. And the producers seemed genuinely interested. Even the ones that turned me down were encouraging, A couple even giving advice on how to better pitch the story. All in all, the Online Pitchfest was a great experience. I definitely will do it again, and I would strongly recommend it to anyone trying to break in as a screenwriter. Thanks for everything, Fade In.” — Bill Slough

“The Online Pitchfest was a great experience. Even if nothing comes of it, I learned a lot about pitching, and by the end of the weekend I was much smoother and more comfortable. I definitely will do it again, and I would strongly recommend it to anyone trying to break in as a screenwriter. Thanks for everything, Fade In.” — Matt Treacy, Australia

“Each [representative] I spoke with at the event either requested my movie or TV pilot script. I would definitely do this again.” — Mike Jelinek

“Nice job on what is clearly a difficult task. My goal is to garner both reputation and representation so you don’t have to go through pitchfests – that being said, as long as I need to do it, Fade In would certainly be one of the places I would drop my line.” — Dirk Walvoord

“It went so well — even the companies that turned me down told me to call them with other projects.” — B. Walters

“I am extremely pleased and proud of your efforts. Think about the fact that what you did is get writers together with producers, agents, and managers — all without me or others leaving our home. If they were to give out Oscars for what you did this past weekend, you should be walking away with the award. Thank you for holding the first online pitch festival. Overall it was a great experience and fun.” — L. Scher

“This Fade In Online Pitch Event has been superb! The Fade In team has been spectacular in their support from beginning to end — couldn’t ask for better. It’s been quite a treat and education meeting and pitching these gracious folks via webcam. The companies Fade In scheduled for us to pitch are awesome! Thank you, Fade In!” — G. Begendorf, Germany

“Of the 17 appointments I had, half were positive responses (requests for manuscript, requests for partial, requests for writing sample, or verbal commitment that they or a member of their company would be contacting me.) 50% success rate? Those are DAMN good odds/results. Well worth the money.” — M. Melin

“I had wonderful results — out of the ten contacts, eight liked my project and six asked for either a first act or a synopsis — and the other two took my email address. YAY! The [Fade In] online pitchfest is a wonderful idea. It gives those of us unable to attend an in — person event a shot to speak with some pretty heavy hitters. I appreciate the opportunity Fade In has extended to me. I never would have caught the attention of any of these people if it hadn’t been for this event. — M. Harrison

“Thank you so much for setting up those extra meetings! I love you guys! Awesome results.” — L. Dalinda

“Thanks for coordinating all this! I got multiple script requests!” — D. Cooper

“We got fantastic results! This has been unreal in a good way!” — CJ Sang

“I suspect you are more exhausted than I. It has been a marathon. So many companies want to read my script! Thank you so much.” — D. Bertoni

“The access you offer us is invaluable — — now it’s up to my script to do the rest. Can’t ask for more than that.” — E. Knies

” You guys are great. The online pitchfest works. I discovered that I had better results having two pitches ready in different genres instead of banking on one. A few companies were looking for anything. So I opening the conversation by giving them the option of which one they wanted to hear. One time I did this and got through the pitch and they liked it but didn’t think it was for them, they asked me to briefly tell them the second pitch. They ended up asking for a copy of the script. The entire experience was a wonderful journey. At the last day, I was kinda sad that it was ending. The reps were so nice and appreciative that I pitched with energy, passion and enthusiasm. Thank guys for providing this great service. I teach film at West LA College and I’m going to recommend this to all my students. ” — Paul Calderon

” I really think your staff did a great job. For everything we Mid — westerners hear about the “horrible Hollywood execs” and how impossible it is to work with them, I found everyone to be polite, engaged and honest in their wants and needs. I hope to be able to write you again soon with a success story. Also, Allen really helped my confidence and pointed out many things that helped me do a better pitch via our online coach session. ” — Joel Newport

” It was a fantastic way for out — of — towners to get “face” time with A — list companies without the added expense of airfare, hotel and transportation, especially in these difficult economic times. Fade In provides a fantastic lineup of production companies and management/agency reps who are eager to hear your pitch, discuss your material with you and give you a sense of how the industry works. I can’t wait for the next opportunity. Thank you again, Fade In! ” — L. Robbins