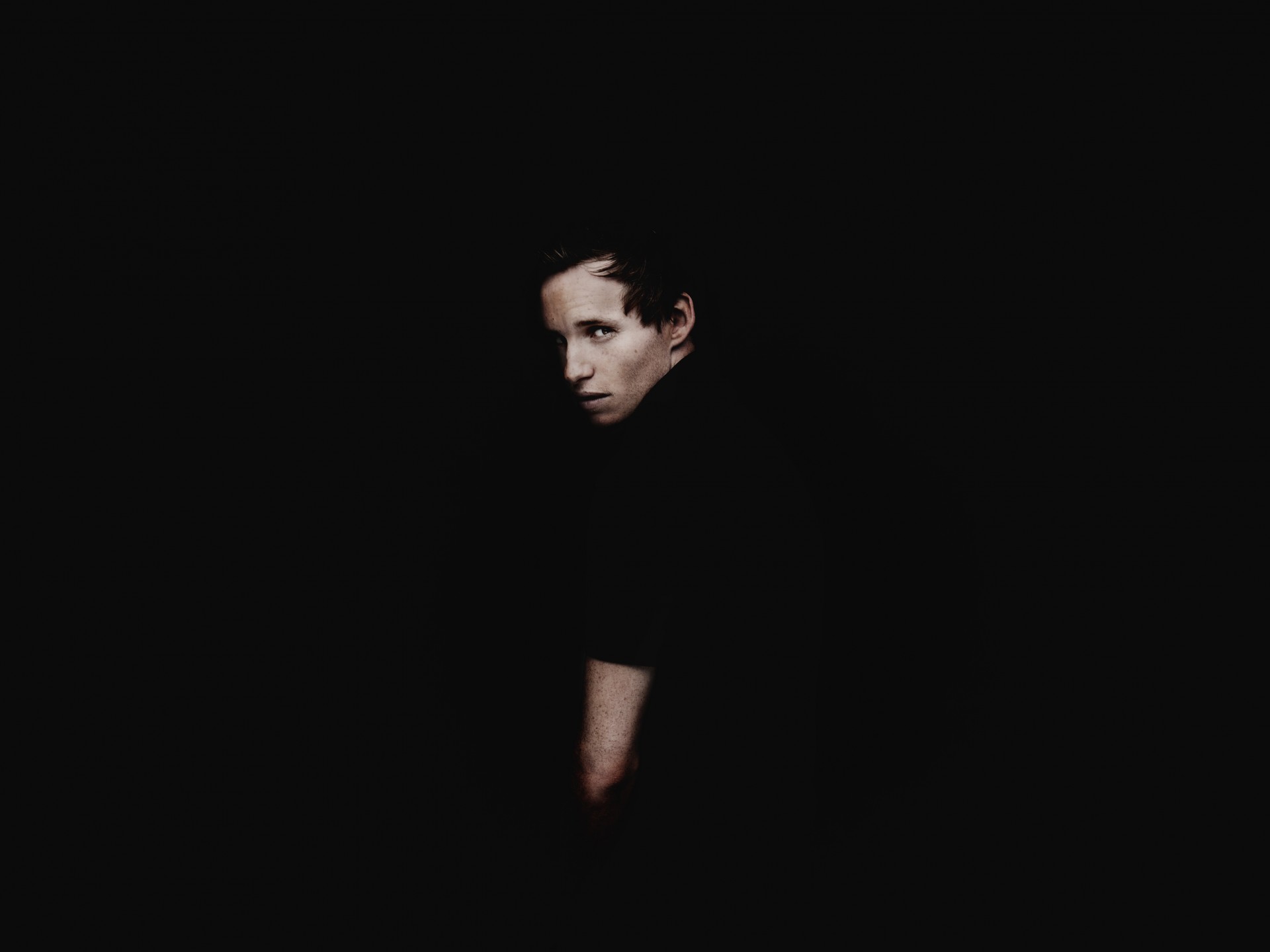 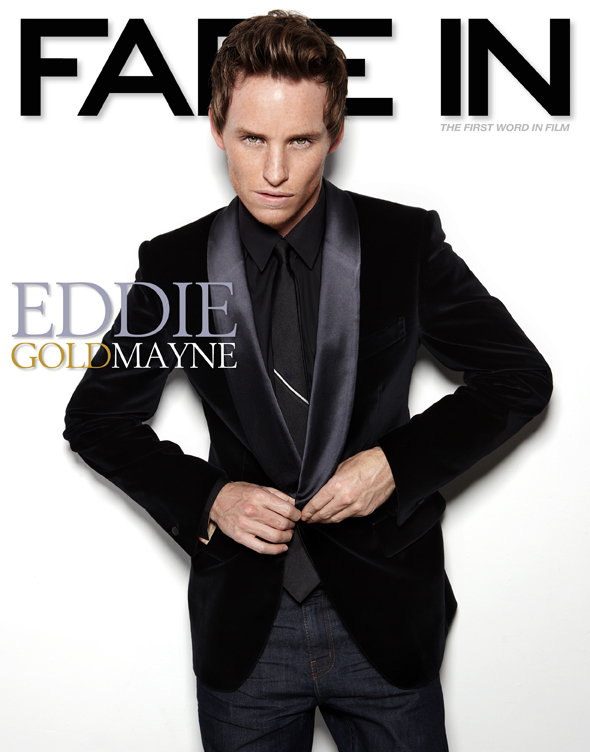 In ten short years Eddie Redmayne has gone from the London stage to the world stage. Along the way, he has inhabited a gallery of characters as varied and dissimilar as one could imagine. His theatre work includes classic Shakespearean roles in U.K. productions of Twelfth Night and Richard II; an acclaimed performance as the gay son of an adulterous father whose mistress would be more at home in a barnyard than a bedroom in Edward Albee’s The Goat; and the portrayal of an inquisitive studio assistant to Abstract Expressionist icon Mark Rothko in John Logan’s Red. His filmography is similarly eclectic: in Savage Grace, he played Julianne Moore’s incestuous, schizophrenic son; in The Yellow Handkerchief he was an itinerant Native American in love with Kristen Stewart; and in Hick he was a pedophile meth addict posing dangers to Blake Lively and Chloe Grace Moretz. Not exactly your garden-variety leading-man resume.
He crept closer to the mainstream with My Week with Marilyn, as the aspiring filmmaker entrusted with watching over Marilyn Monroe (Michelle Williams) during the filming of The Prince and the Showgirl. Now Redmayne is really threatening to blow his penchant for playing troubled souls, earning raves for his role as the lovestruck student revolutionary, Marius, in the phenomenon known as Les Misérables, along with Russell Crowe, Hugh Jackman, Anne Hathaway and Amanda Seyfried.
Although Les Miz may seem like an even more traditional path for the thirty-one-year-old actor to take, it actually represents yet another quantum challenge, for he had never sung in a professional capacity before. After a rigorous audition process, Redmayne came away with the role and is now attracting the type of talk that often results in shiny trophies. Not that that’s anything new to him, having already made room on his mantel for various theatre awards, including the prestigious Olivier in the U.K. and a Tony for his role in the Broadway production of Red.
Born in London, Redmayne got an early taste of the bright lights at the tender age of twelve, when he played Workhouse Boy Number 40 in the Sam Mendes-directed production of Oliver! in the West End. Later, it was off to the elite boarding school Eton, where his classmates included the future king, Prince William. He went on to earn an art history degree from Cambridge, but the lure of the stage proved too alluring. Just two years out of school, he caught the attention of Hollywood when he was cast as Matt Damon’s son in The Good Shepherd, directed by Robert De Niro.
If Redmayne has a guiding principle, it’s his desire to avoid predictability at all costs, and although he has been on the short lists for such mammoth upcoming films as The Amazing Spider-Man 2 and Guardians of the Galaxy, rest assured that once you think you have him figured out, like the chameleon he is, he’ll change. This protean nature has also served him well in brief stints as a Burberry model, and even landed him a spot on Vanity Fair’s International Best Dressed List.
Having literally just arrived in Los Angeles for part of the whirlwind — and worldwide — Les Miz press tour, Redmayne stopped briefly at In-N-Out before arriving at the Fade In photo shoot to introduce his girlfriend, Hannah Bagshawe, to one of America’s best known burgers. Although this side of the business — and certainly the attention surrounding Les Miz — is still new to the actor, he takes it all in good stride. Besides, for a workaholic like him, it’s all part of the process. And based on the success he’s enjoying and the choices he’s making, it’s an evolution that should suit him well for a very long time.

Given that the original novel of Les Misérables was 1,200 pages, the stage musical over three hours, and now the film is nearly two-and–three-quarters hours, can you sum up Les Miz in a brief haiku? Oh, my God. [Laughs] Oh. My. God. Oh, my Christ. I’m the shittiest poet in Christendom. [Laughs] Give me an easier one. Let me think on that. That is the hardest question I’ve ever been asked in my life. Fuck me. I’m now sweating about this interview.
You’re right in the middle of the vortex of publicizing a big film. How do you keep your sanity and balance? Oh, I’m not sure I do. [Laughs] Well, the lovely thing about it is I get to do it with Tom [Hooper]. We did a television thing [Elizabeth I] together eight years ago in Lithuania with Helen Mirren about [Queen] Elizabeth, and since then he’s someone who’s come and seen every play I’ve done, and he’s a friend. And of course, through big films, he’s already been through the ringer with it, so he’s a great one for lending advice. But also, really, there’s something about the fact that it’s the run-up to Christmas, and I always think December is kind of a crazy, bizarre, weird time of year, anyway. I feel really privileged to be a part of it, and the thing that I feel most proud of is having loved this thing since I was a kid, seeing how the audiences are reacting emotionally to it. If this is the part of our job where some actors might go, “Oh, we have to go out and promote this thing.” — how wonderful to be able to promote something that you care about.
Would you have been able to handle this type of attention as well, say, five years ago? That’s really difficult to judge. I’m probably not the person to judge whether I’m handling it well. [Laughs] You probably have to go ask Hannah. Probably not, although I grew up in a family of a lot of brothers who were constantly ribbing and making sure that your feet were firmly planted, rooted ten feet beneath the ground.

“There were weird stunt butterflies on set, [and] while Amanda and I were trying to sing incredibly romantic and impassioned songs, I would be taking it very seriously and didn’t realize the entire crew would be wetting themselves with hysteria for the entire take because the stunt butterfly had come and perched on my hair.” 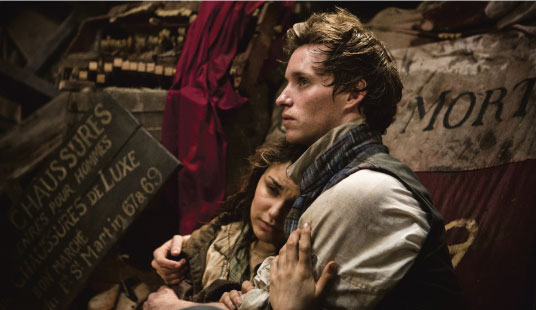 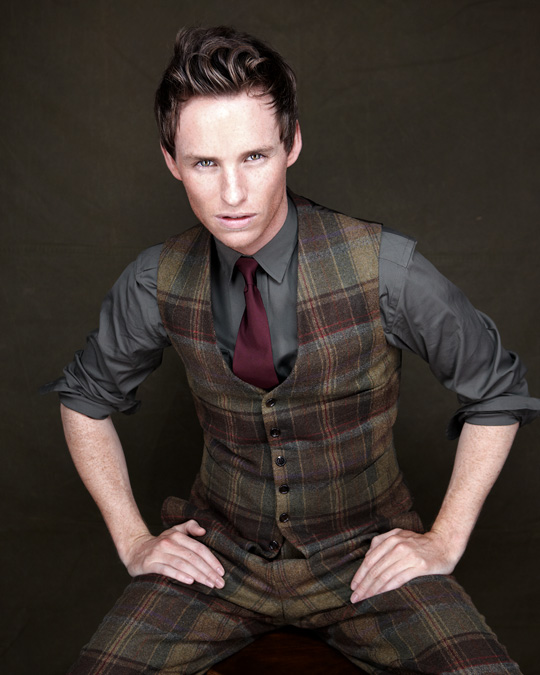 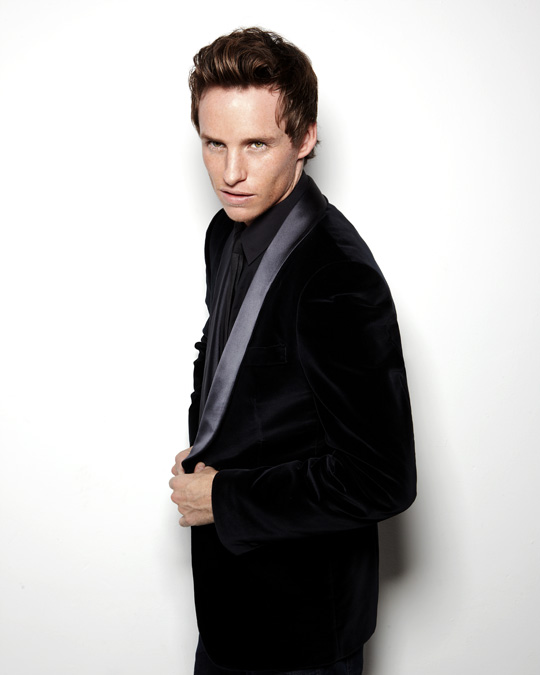 “Everything’s been a fight for me from the start, although I’ve been very lucky to be employed a lot since I started. You’re always fighting to get into a room that people won’t let you into. For instance, with Savage Grace, the financing fell through, and I had to fight tooth and nail, and it ended up being Julianne Moore that supported me on that because the financier wouldn’t. But it’s good, because you feel you’ve earned it.” 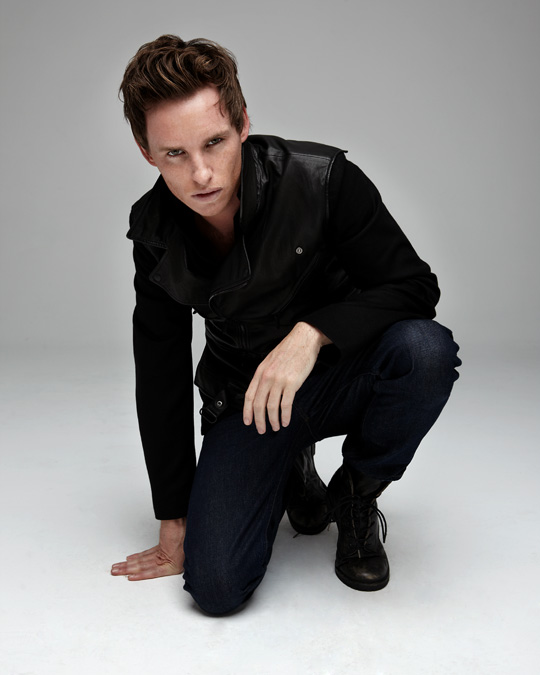 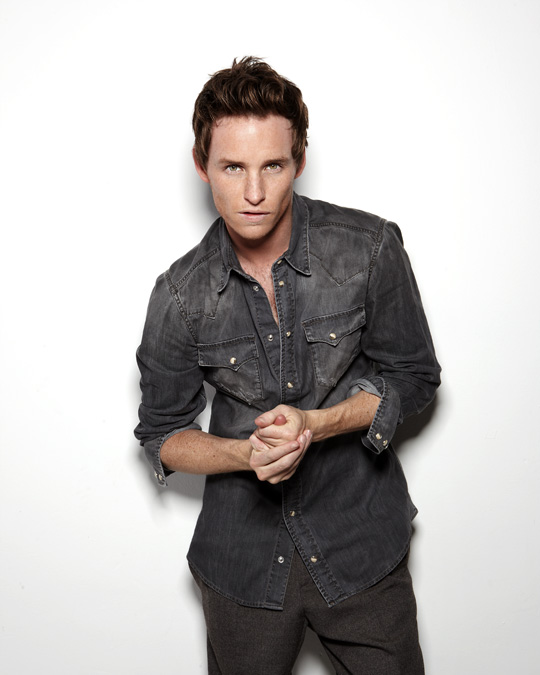 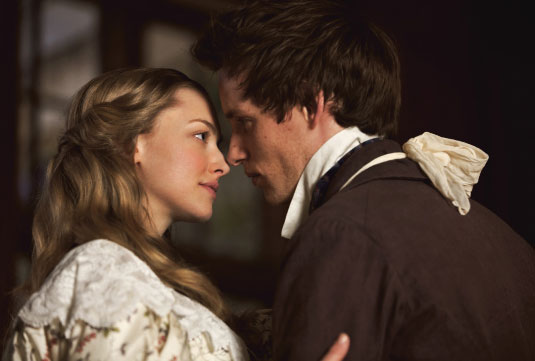 “I’m becoming more interested in directing. I have such admiration for film directors because they have to be the masters of many arts, there’s this sort of polymath quality to what they do, and you need to be schooled in all those things to be a really, true great director.” 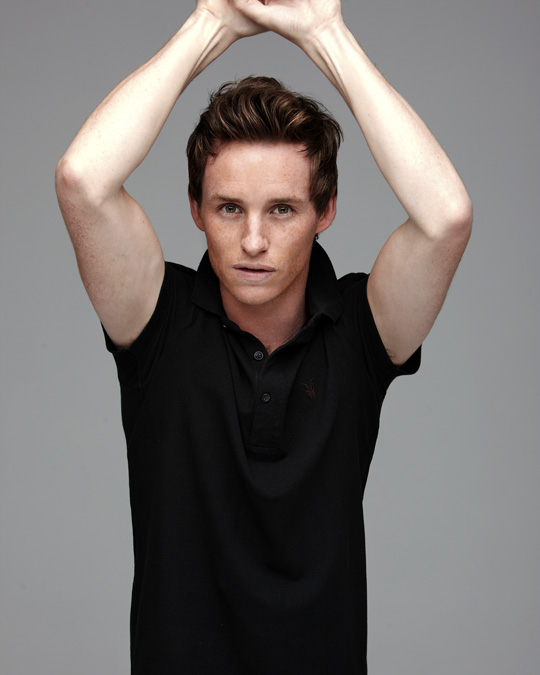 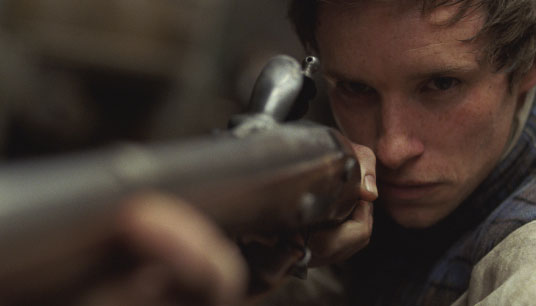 “It was weeks working with a singing teacher, standing in front of a mirror and working out what your face would do. While it sounds very technical, it was something we had to work hard on, because Tom [Hooper] ideally wanted these songs to play through, didn’t want to have to cut out.” 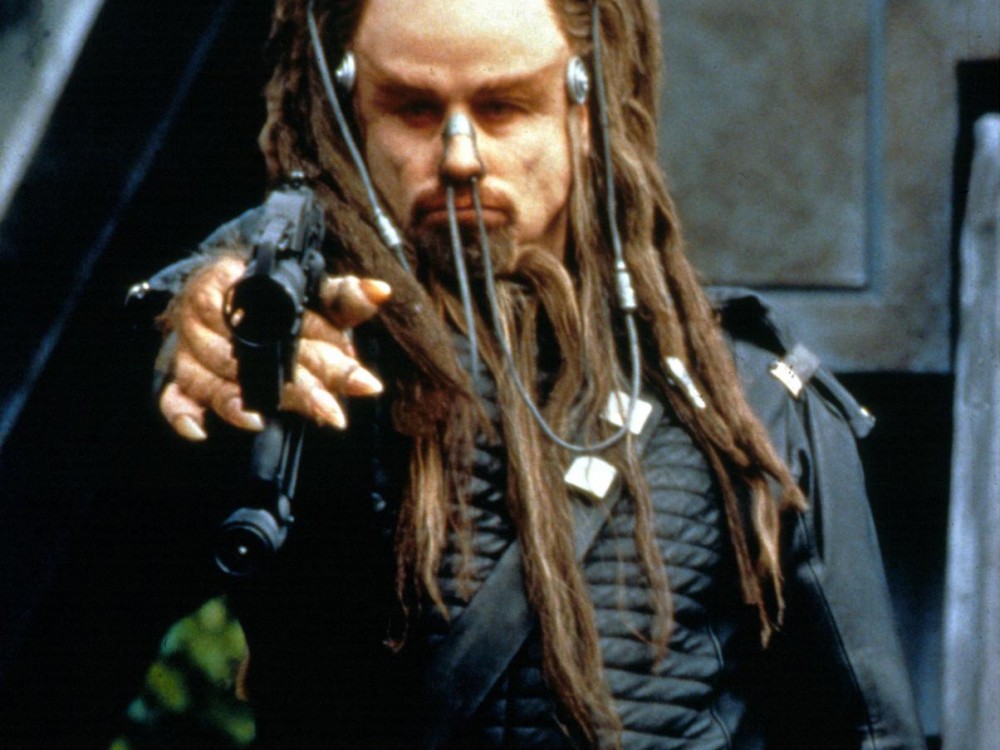 Previous THE 30 WORST VANITY PROJECTS OF ALL TIME 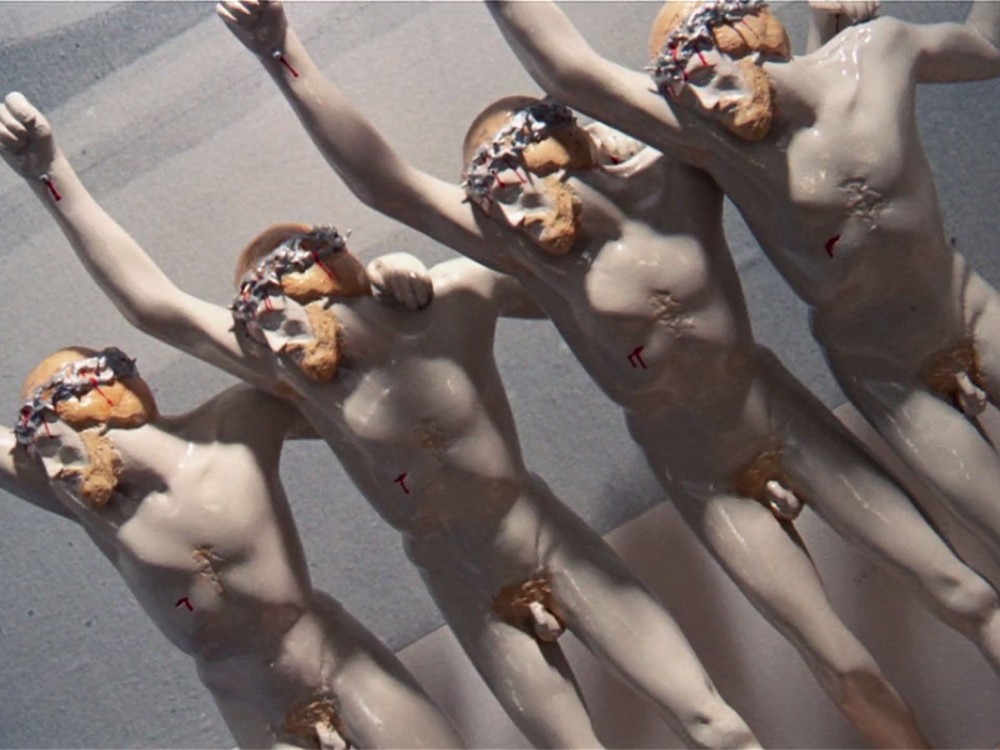