AKIVA GOLDSMAN (Writer-producer, The 5th Wave, Insurgent) “Close Encounters of the Third Kind — Spielberg in perfect control. A car comes out of a sandstorm. We are somewhere in Mexico. Bob Balaban, doing his everyman best, is our guide through a sequence that occurs in subtitled French, well before foreign-language scenes in American entertainment were in vogue. The realistic details, the team members checking serial numbers by jumping on each other’s backs, the 1945 calendar, all fully engage us in the mystery of these impossibly returned World War II fighter planes. François Truffaut, as actor, is a coup, and brings compassion and authority to the role. The reveal of the mystery — that these plans have been missing for decades — is deliciously late in the sequence, and even then played mostly on Balaban’s face. Finally, rather than end, as teaser sequences often do, the sequence opens up wide, a gateway to the film to come. The old man’s face, sunburned overnight, and his claim ‘The sun came out last night, it sang,’ is a promise of mysteries to come. We are left off balance and engaged, like Balaban, stumbling backwards but unable to look away.”

ALEJANDRO GONZALEZ INNARITTU (Director, The Revenant, Birdman or (The Unexpected Virtue of Ignorance)) “My favorite opening scene is I Am Cuba because it’s a breathtaking first shot in which you keep asking yourself how they did that formally at that time, and you wonder how they transformed agitprop into art and poetry.”

LYNDA OBST (Producer, Interstellar) “The scene that changed my life was the compound opening of Kubrick’s 2001: A Space Odyssey. I first saw it sitting on the carpeted floor in front of the sold-out seats in Loew’s Orpheum on 14th Street some time near its opening week (these things weren’t so closed tracked in those days) among a throng of tripping hippies all of us pulsing to the strains of Strauss’ Thus Spake Zarathustra. The Lunar Eclipse aligned our minds as one, as the camera wipes of the Dawn of Man began a series of dioramas that take us through millions of years on Earth: first without life, arid desert, then to the emergence of peaceful apes who live in boredom until dwindling resources bring on the arrival of a competing band of apes who scare them off; then the terrifying eclipse at night and the arrival of the monolith in the morning, and with it the grasping and reaching for understanding, which brings curiosity and consciousness. In the wake of the monolith’s arrival, the alpha male discovers that animal bones can be made into tools for weapons, consciousness can solve problems, the first one being the problem of The Other. This scene is astonishing for its ability to translate big ideas in pictures and music only. In the eyes of the apes, in the design of the monolith, in the majesty of the photography and the music, Kubrick captures the epic nature of birth of thought and intentionality and uses film as it rarely can be used — to convey ideas, wordlessly. As Europeans were making small, personal, existential movies, Kubrick shot the moon, literally — and made an epic movie about the birth of the universe, the dawn of man, the universality itself.”
JASON REITMAN (Writer-director, Whiplash, Labor Day) “Jerry Maguire. In a ten-minute montage starting on a shot of Earth from space and ending on a blue mission statement, Jerry takes us through his world to a live rendition of the Who’s ‘Magic Bus.’ In this short span, we are given access to an entire life with incredible momentum. It’s human, revealing, hilarious, and it turns on a dime. In these few minutes, Cameron Crowe reinvented first-person voiceover for an entire generation of young filmmakers, starting a decade of movies (including my own) that use this technique as their primary storytelling device.”
ADAM RIFKIN (Writer-director-actor, Underdog, Zoom) “In considering the countless options of classic film opening sequences to write about, my mind, of course, immediately went to Orson Welles’ Touch of Evil. I instantly rejected such an obvious choice. Ever since it had been voted Best Film by judges Jean-Luc Godard and François Truffaut at the 1958 World’s Fair in Brussels, fans, film students and critics alike have exhaustively cited the celebrated opening three-minute-and-twenty-second continuous tracking shot as cinema’s go-to example of a cool way to start a flick. But I wanted to be more original. After all, Touch of Evil’s opening hasn’t only already been the subject of countless essays and articles, but it’s even been parodied (though not outdone) by Robert Altman in 1992’s The Player, in which two characters ironically discuss Touch of Evil’s opening shot during the course of the film’s own opening eight-minute tracking shot. Determined to be creative, I diligently combed every era for the one perfect opening that was equal parts entertaining, influential and unforgettable, but after hours of thought and long handwritten lists of titles, I found myself right back where I started. There’s a reason that Touch of Evil’s opening shot is so legendary, and if the assignment at hand is to examine fifty of the greatest movie openings of all time, it would be a tragedy to ignore it just because it’s so goddamned famous. The film, a seedy tale of police corruption on the Mexican border, opens with an unseen man placing a bomb in a car. The camera follows the bomb down unsuspecting streets and above multiple city blocks. As the tension builds, the camera finds our leads, Charlton Heston and Janet Leigh, as they walk obliviously beside the car that teasingly drives in and out of frame. The camera work, timing and choreography make the suspense palpable. Much publicized battles with Universal led to Touch of Evil being radically re-cut. In 1998 the restored director’s cut finally gave viewers a chance to see Welles’ version of his opening shot as it was originally intended, without superimposed credits and stripped of its TV cop show-style score. Touch of Evil may have been Orson Welles’ last Hollywood film, but the opening shot is the first word in movie beginnings!”
RICHARD SCHIFF (Actor, House of Lies, The Affair) “Betty Blue. The camera spiraling down from above. A man and a woman naked, in the act. No sheets, no covers. No words, no sounds. She reaches down and helps things along. Which tells a good part of the story, as it turns out. I couldn’t get more drawn in and ready for what’s in store.”

PRESTON WHITMORE, II (Writer-director-producer, This Christmas) “The Big Chill has one of the greatest opening sequences because over the course of a three-minute song, ‘I Heard It Through The Grapevine,’ eight diverse characters are introduced without uttering a single word, including the deceased Kevin Costner. A brilliant piece of writing and directing by Lawrence Kasdan.”
ZHANG YIMOU (Director, House of Flying Daggers) “I often find myself being asked these types of questions: ‘Who is you favorite film director?’ ‘What is the most unforgettable film you have ever seen in your life?’ or ‘What film has had the greatest impact on you?’ I have always had a difficult time responding to these types of questions. I have always been more inclined to watch large numbers of films, which I usually only see once, and I never go out of my way to remember any one particular film, let alone the opening sequence of any one film. I’m really sorry, because I would hate for my answer to leave you disappointed. So I decided to take a hint from the old Chinese saying, ‘A melon peddler always claims his melons to be sweet,’ and simply say a few words about the opening sequence of my most recent feature, Curse of the Golden Flower. The reason I am so fond of this film’s opening is because I used a series of short shots to convey a feeling of tension across different environments. These include shots of two groups of troops on horseback, each riding in different directions, and a scene featuring large numbers of palace women getting out of bed and putting on their makeup. These are scenes that have virtually never appeared onscreen in previous Chinese period costume dramas; it was something brand new that I brought to the film. Everyone knows that in traditional China, the emperor always had numerous concubines — sometimes tens of thousands of them. I wondered what the scene was like when they all woke up, got dressed and made up; it must have taken a long time and been quite a spectacle. I’m sure the whole process was very interesting. It is a shame that there are no historical records that tell us exactly how they did it, so I thought it would be fascinating to use this series of shots as an attempt to depict that process. Amid this series of opening shots, there is also a shot of the empress, portrayed by Gong Li, putting on her makeup. We also added a shot of her illness suddenly acting up, showing her hands trembling as she struggled with her pain — this serves as a visual hint that we wanted to convey to the audience early on. This series of different shots juxtaposed against one another with fast-paced editing creates a form of suspense. I love these kinds of openings; they are visually stunning, and immediately get the audience to quiet down and start paying attention. In Chinese we call this approach, ‘overcoming others with your first move.’ My apologies for using this forum to talk about my own film, but it is actually only because the opening sequence I remember best right now is this film, which was just completed and is still so fresh in my mind. There are certainly numerous films with much more powerful opening sequences than my own, including many classic film openings, it is just that I can’t remember them off hand. Once again, please accept my deepest apologies.”

TOM SCHULMAN (Writer-Director-Producer, Me, Myself & Irene, Indecent Proposal) “I love the opening of Akira Kurosawa’s Ikiru, where we see an X-ray go into a light box and the narrator says something like, ‘This is the X-ray of the stomach of the main character of this story. At the moment, he is not a very interesting person, but soon that will change.’” 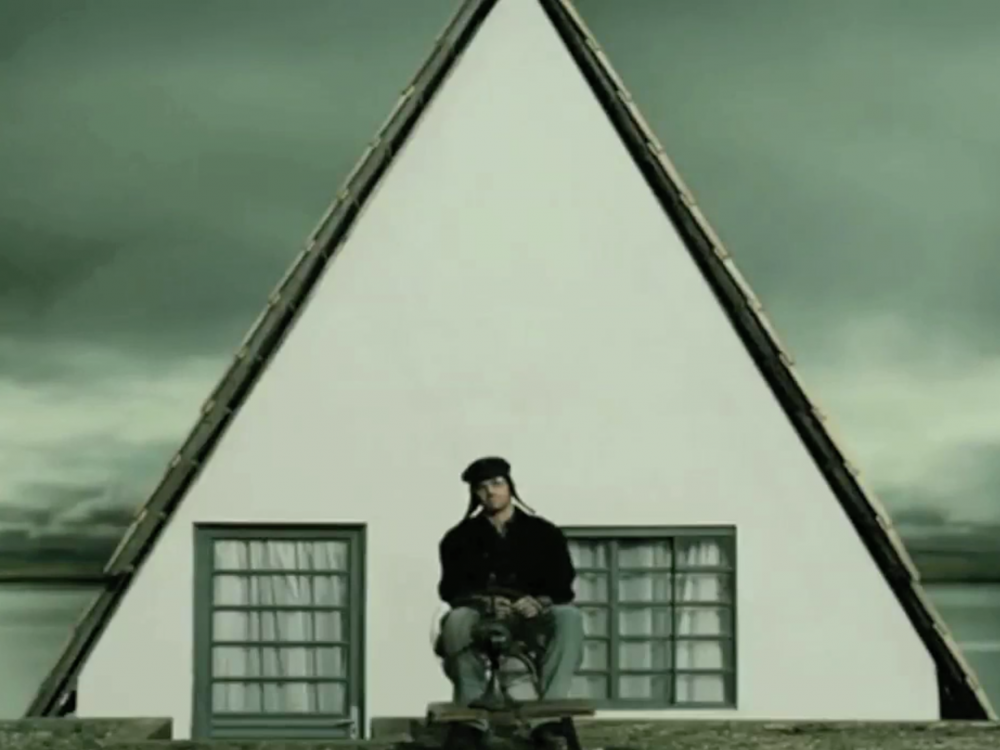