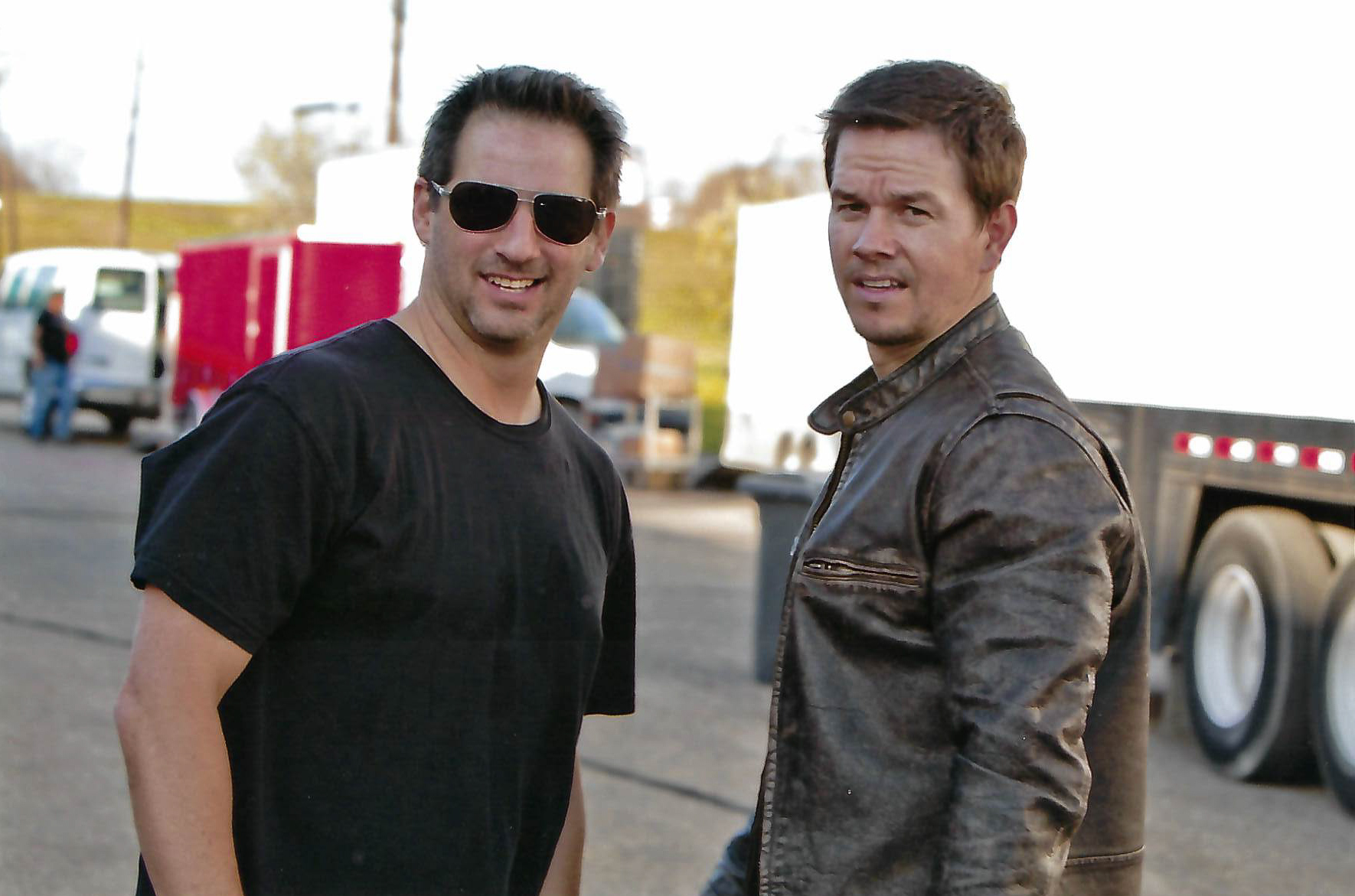 Are you a baller?
Would you like to become one?
UrbanDictionary.com defines “baller” as “someone who started out from the bottom with nothing and has made it to the top.” If you’re a regular visitor to FadeInonline.com, then it’s a safe bet that becoming a baller is at the top of your agenda. Enter BallersReport.com, the latest project launched by actor/entrepreneur Mark Wahlberg and his producing partner Stephen Levinson.
Mark Wahlberg knows what it takes to be a baller. Born the youngest of nine children in Dorchester, a working-class Boston neighborhood, he did indeed start at the bottom, spending his teen years pursuing a life of drugs and petty crime. At sixteen, he decided it was time to clean up his act. With the help of his older brother Donnie, then a member of the popular 1980s boy band New Kids on the Block, Wahlberg was able to secure a recording contract as the “bad boy” rapper the world came to know as Marky Mark. A subsequent contract as an underwear model for Calvin Klein only increased Wahlberg’s celebrity. But he was determined to be seen as more than just a pretty face — or, in his case, a ripped torso. Flexing his acting chops in Paul Thomas Anderson’s 1997 film Boogie Nights as the fictional “endowed” 1970s porn star Dirk Diggler, he went on to topline a series of box office hits, including The Perfect Storm (2000), The Italian Job (2003), The Fighter (2010) and Deepwater Horizon (2016). His work in Martin Scorsese’s Oscar-winning drama The Departed (2006) earned him an Academy Award nomination for Best Supporting Actor.
But it has been Wahlberg’s work as a producer that has earned him his place as a true Hollywood baller. He and Levinson have been behind such hit films as The Fighter, Deepwater Horizon, Prisoners and Lone Survivor (both 2013), as well as HBO’s Entourage, In Treatment, Boardwalk Empire and, naturally, Ballers (starring Dwayne “The Rock” Johnson).
Beyond Hollywood, Wahlberg is an entrepreneur with a portfolio of businesses that includes the Municipal lifestyle clothing brand, (with Levinson), AQUAhydrate alkaline water, Performance Inspired Nutrition sports/fitness nutritional products, F45 Training facilities, the worldwide Wahlburgers restaurant chain, and the Mark Wahlberg Automotive Group (five Columbus, Ohio-area car dealerships).

Having achieved a level of success most people could only dream of, no one would have faulted Wahlberg and Levinson for resting on their laurels. But the two understand that success is best when it’s shared, so together they launched Ballers Report with the specific intent of providing inspiration and edutainment for established and aspiring ballers alike.
“I’m personally so inspired,” Wahlberg said, “when I see people who start from the bottom and succeed with hard work and sheer determination. Ballers Report is a way for us to share the stories of those who have made it; hopefully, it will inspire others to pursue their dreams, too.”
Recently, Wahlberg and Levinson chose Fade In’s own Audrey Kelly to serve as BallersReport’s editorial director.
“Audrey represents what BallersReport is all about,” Levinson explained. “Her entire career has been about helping others achieve. And, in doing so, she’s found success herself. Having been in the business for almost three decades, she has strong connections with top players in every aspect of entertainment, including actors, musicians, writers, directors, producers and studio executives.”
In 1993, Kelly launched Writers Network, a company dedicated to matching up-and-coming writers with agents, managers and producers. Over time, its newsletter, dubbed Fade In:, evolved into Fade In magazine, a national quarterly that was not only named “Best Movie Magazine” by the Washington Post but was also one of the first periodicals to go digital as FadeInonline.com. Under the Fade In umbrella, she founded the Hollywood Pitch Festival (an annual event that gives new writers and directors the opportunity to pitch their TV and motion picture projects to Hollywood buyers and reps) and the Fade In Awards (an annual film and television competition that awards cash, VIP passes to the Hollywood Pitch Festival and, most valuable of all, industry connections). Both events are currently in their twenty-fifth year. In her spare time, she even co-produced a movie with Ridley and Tony Scott, 1998’s Clay Pigeons starring Vince Vaughn and Owen Wilson.
“I’ve known Mark and Lev for some time and was, well, honored when they asked me to oversee BallersReport.com,” Kelly said. “These are two A-listers who genuinely want to give back to the community by helping others succeed. It’s a project I support 100 percent. And I’m eager to contribute what I can.”

To date, BallersReport has featured teaser stories about and interviews with such diverse high-achievers as Billions co-creator Andrew Ross Sorkin, astronaut/author Scott Kelly, prolific screenwriter and The Queen’s Gambit co-creator Scott Frank, NBA superstar Steph Curry and renowned criminal lawyer/baseball card enthusiast Jeffrey Lichtman. The full site will also offer podcasts and unique how-to videos on subjects ranging from “How to Cook a Chef’s Meal on a Budget” to “Finding Success by Carving Out Your Niche.”
“We continue to look for aspirational stories told from the point of view of people who’ve made it in business, entertainment and sports,” Kelly said. “I’m hoping that Fade In readers will make BallersReport.com a regular stop for their entertainment news and industry insight. It’s a great place to get ideas, inspiration and guidance from people who are at the top of their game.”