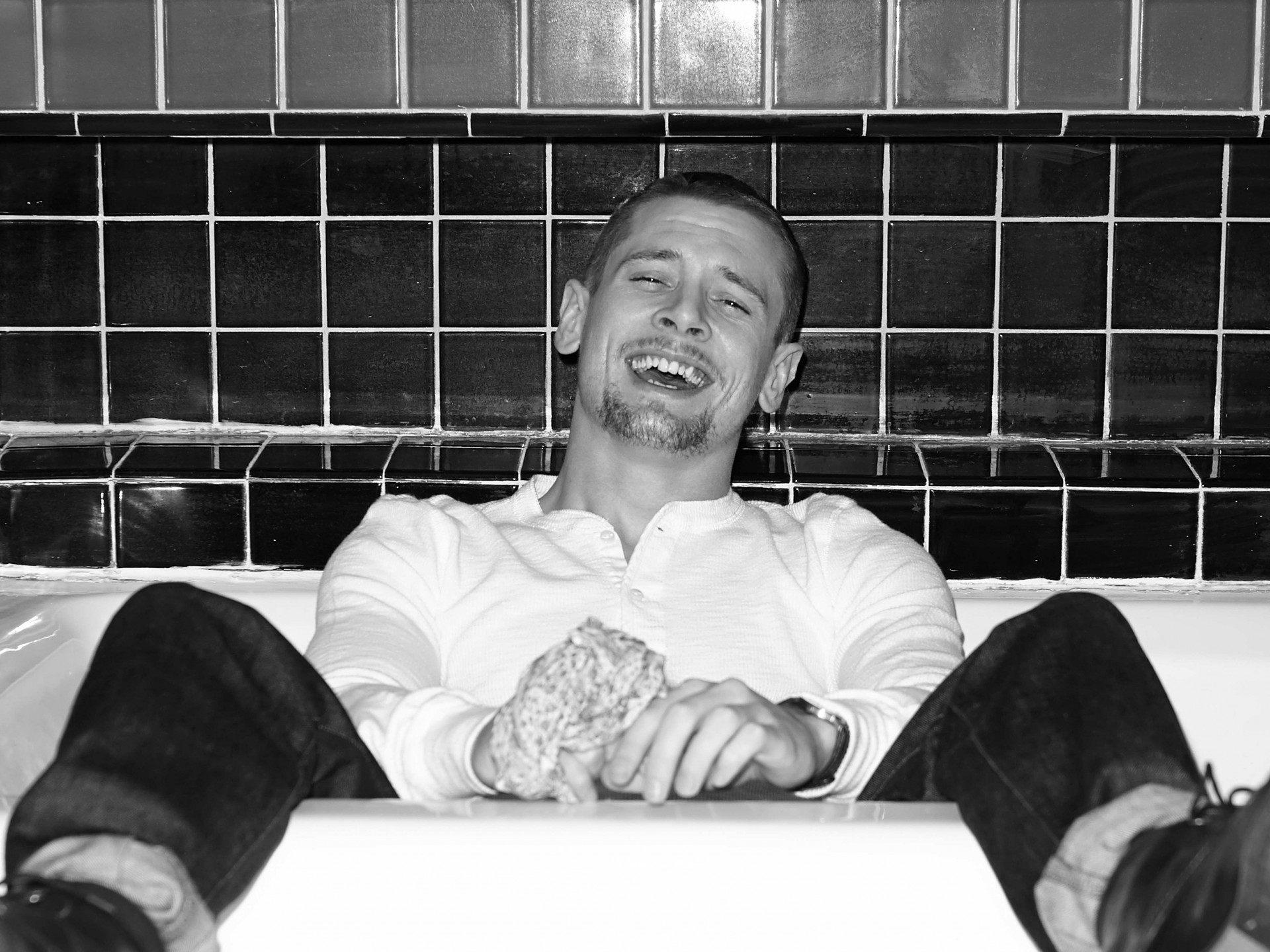 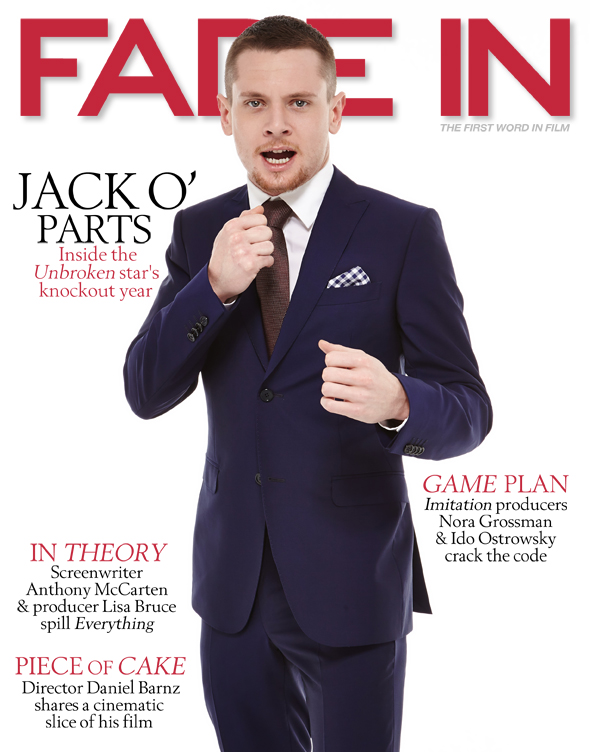 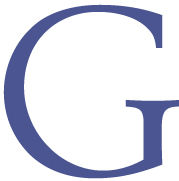 ifted young actors from the U.K. have been coming to Hollywood since the silent era, but few have captured as much attention, or earned as much praise, as quickly as Jack O’Connell. Anyone who sees Unbroken (or any of his recent films, for that matter) will understand why.
Based on the bestselling biography by Seabiscuit author Laura Hillenbrand, Unbroken, directed by Angelina Jolie, recounts the true story of Louis Zamperini, a champion runner who competed in the 5,000 meters during the 1936 Olympics, became an Air Force bombardier during World War II, survived a plane crash over the Pacific, and spent 47 days adrift in a life raft, only to endure vicious torture in a Japanese prison camp until the war ended.
The role of Louis Zamperini would be a feast for any actor, and O’Connell savored every last crumb. Indeed, while the film was still in production, word began to spread in Hollywood that he was delivering a star-making performance — brutal, beaten-down, feral, ferocious, defiant, triumphant. And it was all the more impressive given the physical transformation he underwent. Not a big guy to begin with, he estimates that he lost close to thirty pounds to convey Zamperini’s withered state in the prison camps.
Although he was largely under the industry’s radar prior to Unbroken, O’Connell was far from a novice. Born in Derby, an industrial hub in England’s East Midlands, he began acting in his early teens and has been working steadily since he was fifteen, when he began scoring parts in U.K. television shows like The Bill, and in films that included the skinhead drama This Is England, directed by an icon of British indie cinema, Shane Meadows. In recent years,          O’Connell’s profile rose significantly when he joined the cast of Skins, the controversial TV drama about a group of hard-partying suburban teens, followed by lead roles in a pair of acclaimed films. In 2014’s Starred Up, he masterfully plays a violent teen locked up in an adult prison, and in ’71, he knocks it out of the park as a soldier abandoned by his unit during the Troubles in Northern Ireland.
O’Connell’s ability to inhabit characters with a delinquent streak so convincingly is rooted in his youth. By his own admission, he was a bit of a handful as a kid, and he is not unfamiliar with the inside of a courtroom. He declines to offer details, but has alluded to a criminal record that nearly jeopardized his ability to obtain travel visas.
In this and several other respects, O’Connell resembles another English actor who has made no secret of his brushes with the law — Tom Hardy, perhaps best known for his performance as Bane, the masked villain in The Dark Knight Rises. Although they are separated by more than a decade — O’Connell is 24, Hardy 37 — the two countrymen have much in common beyond wayward pasts: protean physicality, charisma that burns through the screen, long resumes of attention-grabbing work in British film and television, they even share the same American agent. And, of course, they both made splashy Hollywood breakthroughs that quickly led to other high-profile offers.
For O’Connell, who will be seen next in the period drama Tulip Fever, due early next year, the most conspicuous case in point is Money Monster, a drama with echoes of Network and Dog Day Afternoon. Currently scheduled to start production in February, the film has George Clooney and Julia Roberts attached to star, and Jodie Foster slated to direct. Perhaps most impressive — and confirmation of O’Connell’s industry status, post-Unbroken — he did not have to audition for his role as an unstable man who takes the host of a financial TV show hostage on the air.
Although his rough-and-tumble days are behind him, O’Connell still keeps his guard up. Well aware of his good fortune and the opportunities before him, he is wary of enablers who could lure him into mischief. Besides, with so much work coming his way, he hasn’t got the time. 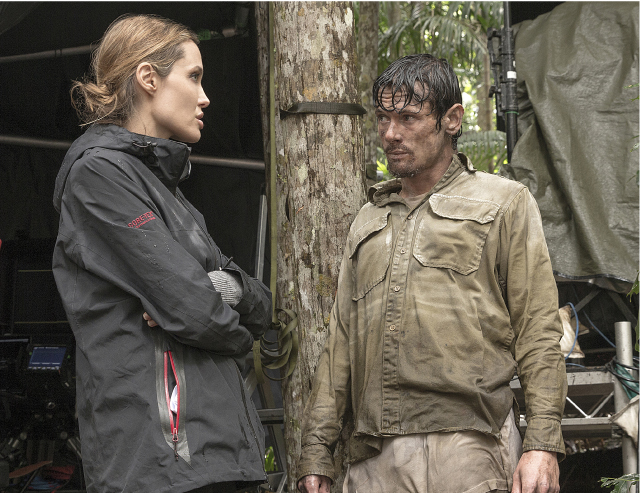 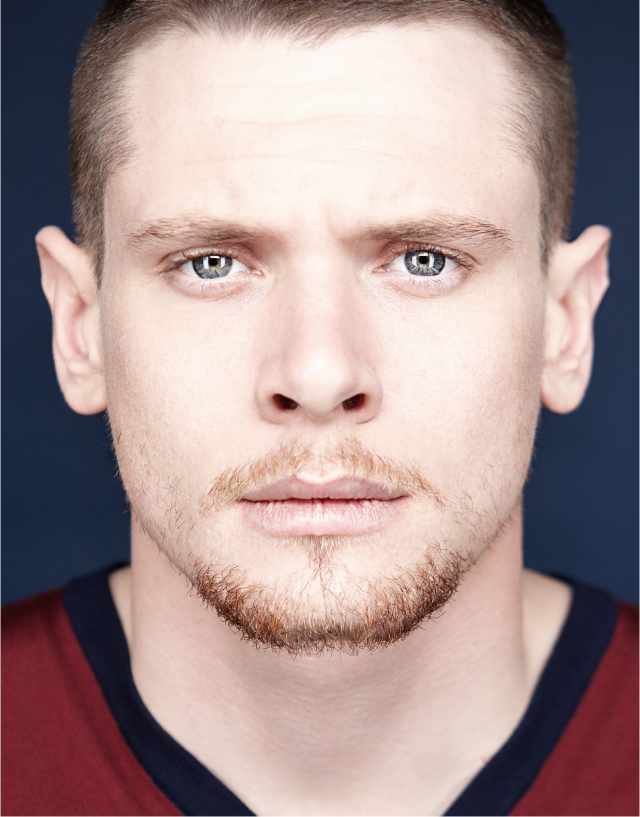 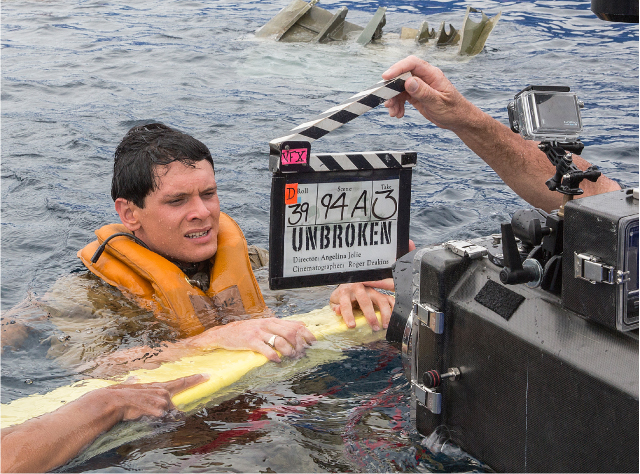 “I’m not interested in the fame aspect or in being a movie star. I’d just like to be considered a great actor and put together a successful body of work.”

How much of your representatives’ advice do you weigh when considering a project? I rely on them quite a bit. I’m still learning the business side of things.
What’s been the most surprising aspect of the business to you thus far? I guess I didn’t understand the relationships fully between sponsors, advertisers, marketing, etc., and the influences they have. I feel better for knowing, basically. It all has to come together somehow.
According to online reports, you’re starring in Terry Gilliam’s Don Quixote. Are you aware of the star-crossed history? If so, are you worried? This is information that was released by a production company affiliated with Terry. There’s literally been no confirmation on my side, and that’s so far in the future that I can’t talk definitely about it, so I’m afraid that’s hearsay for now.
Is there a particular director you hope to work with one day? Steve McQueen. And I’d like to go back and work with some of the directors I worked with when I was younger, like Shane Meadows, just to see what we could do together now that I have a little more experience.
Any desire to put a producer hat on? Start your own company in the future? Definitely, in the future. Yeah, yeah. It wouldn’t be practical right now. I still have to study my craft and establish myself as an actor with a range — or capable of a range, anyway. So these are my priorities first. I’m looking forward to going back into the theater. It’s exciting, you know?
Jolie was able to bring Zamperini’s true story to light. Is there a specific chapter in history you’d like to bring to the big screen? Oh, yeah. Period pieces tend to get very expensive, but if I was to be a bit adventurous about it now, then yes, certainly. I find a lot of interest within history on the whole, so I feel very fortunate that I may get to do that.
Anything specific come to mind? A history so vast we’d be here for ages, but initially, I’d always been keen to study Ireland’s history.
Because you’re half Irish? Yeah.
Do you feel more Irish than British? Yeah, in a way. That comes from my dad. But it wouldn’t be fair to say I’m Irish when I was born in Britain in the ’90s.
You’re an avid fan of the Derby County Rams soccer team. Correct.
Let’s say you’re driving along and you see a fan of one of your rival teams, Nottingham Forest, broken down by the side of the road. What do you do? Is it a busy road? [Laughs] If it’s a busy road, I drive on.
And if it’s not a busy road? I might start feeling guilty a little further down the road and have to turn back. Say it was somewhere barren, where you wouldn’t expect to see a Forest fan. 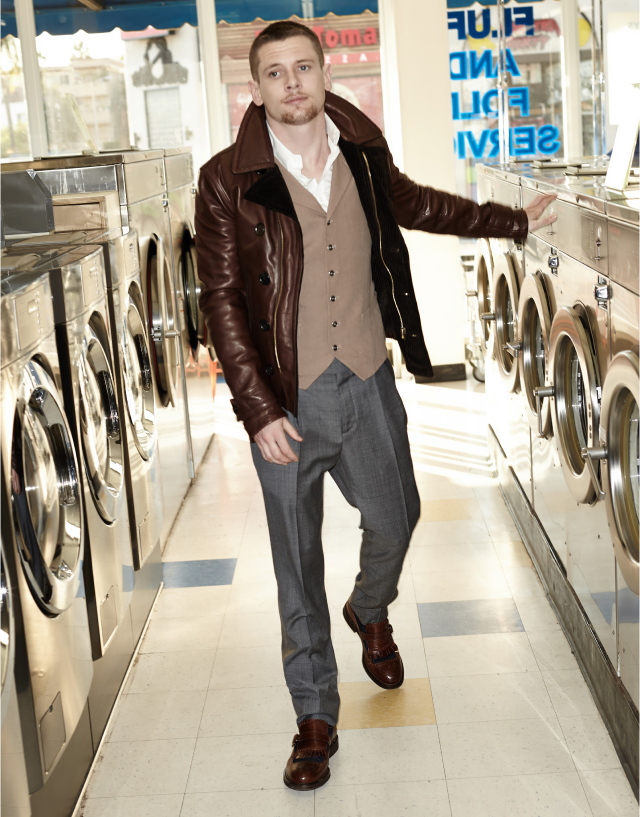 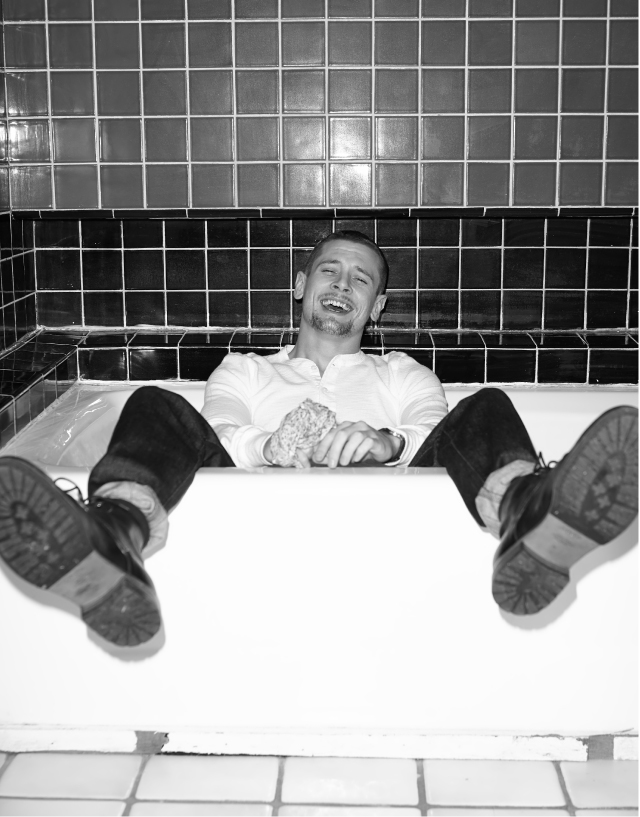 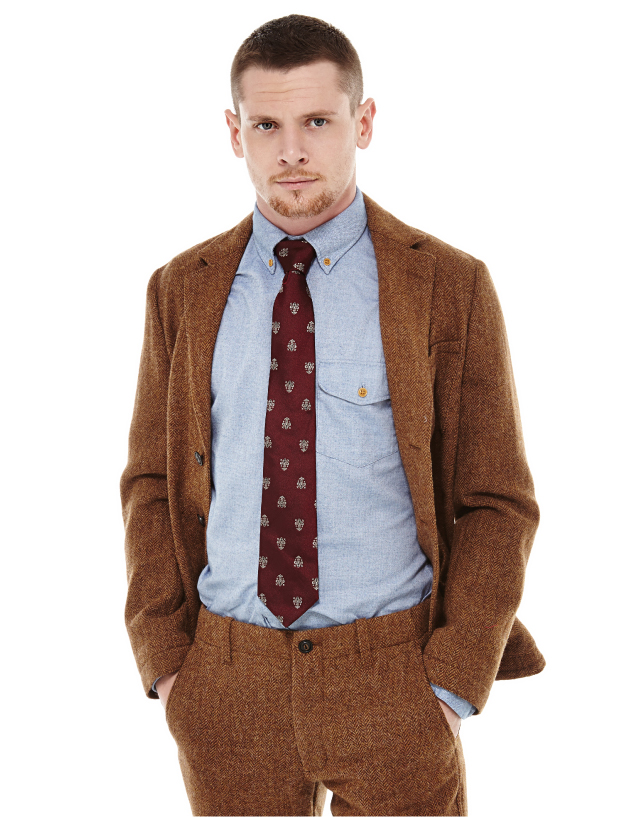 “As soon as I wrapped on Unbroken, a different caliber of roles started coming through, this time around. But it would have been more of a pay rise than a forward maneuver in terms of artistic reasons anyway. So that’s the kind of decision I want to be careful of, really.”

You were recently named as Derby County’s Charity Ambassador for the Rams charity partnership with MacMillan Cancer Support. What does that entail? I try and do my best bit in terms of fundraising, so things like Twitter, and then, when I’m at football games, I’m there to represent the charity, and I’ve done features online with the club, too. In terms of futuristically, I’ll be at events, and if there’s an article of mine along the way, which might go for some money in an auction environment, then I’m always obliged to keep my focus charity-based with that sort of stuff. I feel very privileged that I get to do it, actually. MacMillan is a charity that I have become familiar with for personal reasons over the years.
You’ve said Brad Pitt gave you moral support about your situation at home right after you got the part in Unbroken. What situation were you dealing with prior to the start of production? My father had died [of cancer], and [Brad] just wanted me to know he was there, if I needed someone to talk to.
Not easy. No.
Some say that our spirit is still alive, that only our body ceases to exist when we die. Yes, I’ve heard that before. And just the other day, I could have sworn he was around. My mom, sister and I have this thing where if we see a white feather — and it could be from a pigeon’s ass — but if we see a white feather, we take it as a sign. It’s comforting.
You bought your mom a house recently. How did that come about? I didn’t like where she was living. It’d become dangerous for her just to walk down the street. So I found a house for her in a better part of [Derby] close to my nanna.
Will you take a vacation next? If I’m lucky enough, yeah. It’s Christmas, which I’m excited about. It’s at home, and I’m spending it with my nanna and my mom in London. So I’m very excited by that. Just dossing [i.e., sleeping] and putting on loads of weight. Then it’ll be time to get back on it. I’m really keen to get back on set. I’ve been promoting this movie for a few months. I’m feeling a little bit jaded. This period is cool, too. I shouldn’t complain too much. I’m mainly watching films for references to prepare for my next character.
Well you’ve shown the entire industry and audiences alike that you have what it takes to play with the best of them. But from your point of view, are there obstacles going forward? If so, what are they? I’m of the belief that I have a range within me as an actor, in terms of the possibilities of what kind of characters that I can be taken seriously for. That might differ in my imagination compared to people in charge, if you see what I mean. So I’ve really got to earn that imagination from my future employers. And that’s the intention, you know, and there’s plenty I can do to ensure that that’s the case because it’s always been my ambition.
When we last spoke, you said you were concerned about falling back into old patterns – nightclubbing, partying… It’s all been very considered before now. Every move we’ve made essentially. I’ve got representatives here giving me enough time of day to feel like we explore every potential avenue, you know? Sorry, one second. [Just then, there’s a knock at his hotel door. It’s a hotel staffer there to restock his mini-bar. “See. Untouched,” he says.] That was in keeping with what I was saying, as well. I have to keep in mind, too; I’m still working. There’s a way of keeping track on me if they wanted to. It’s my responsibility to make that unnecessary. After this, I’ll be going to a post-screening Q & A. Today’s Saturday, and I don’t remember my last day off. So if I was to be a plonker, irresponsible, it’s just not compatible with my life now. At the risk of sounding very boring, I don’t really miss it either. 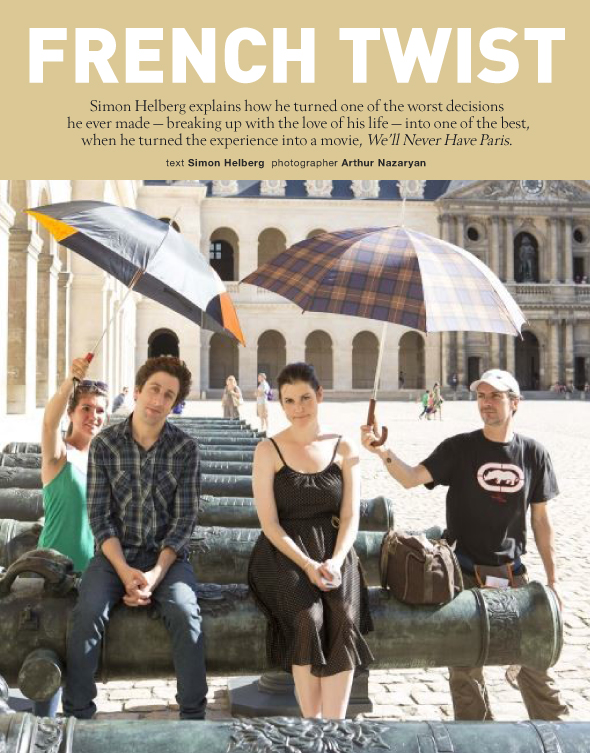 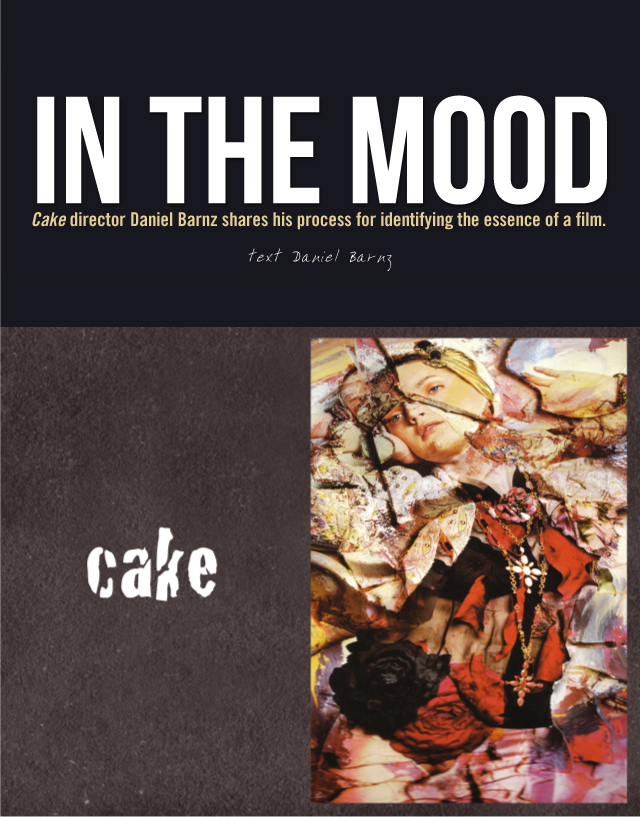