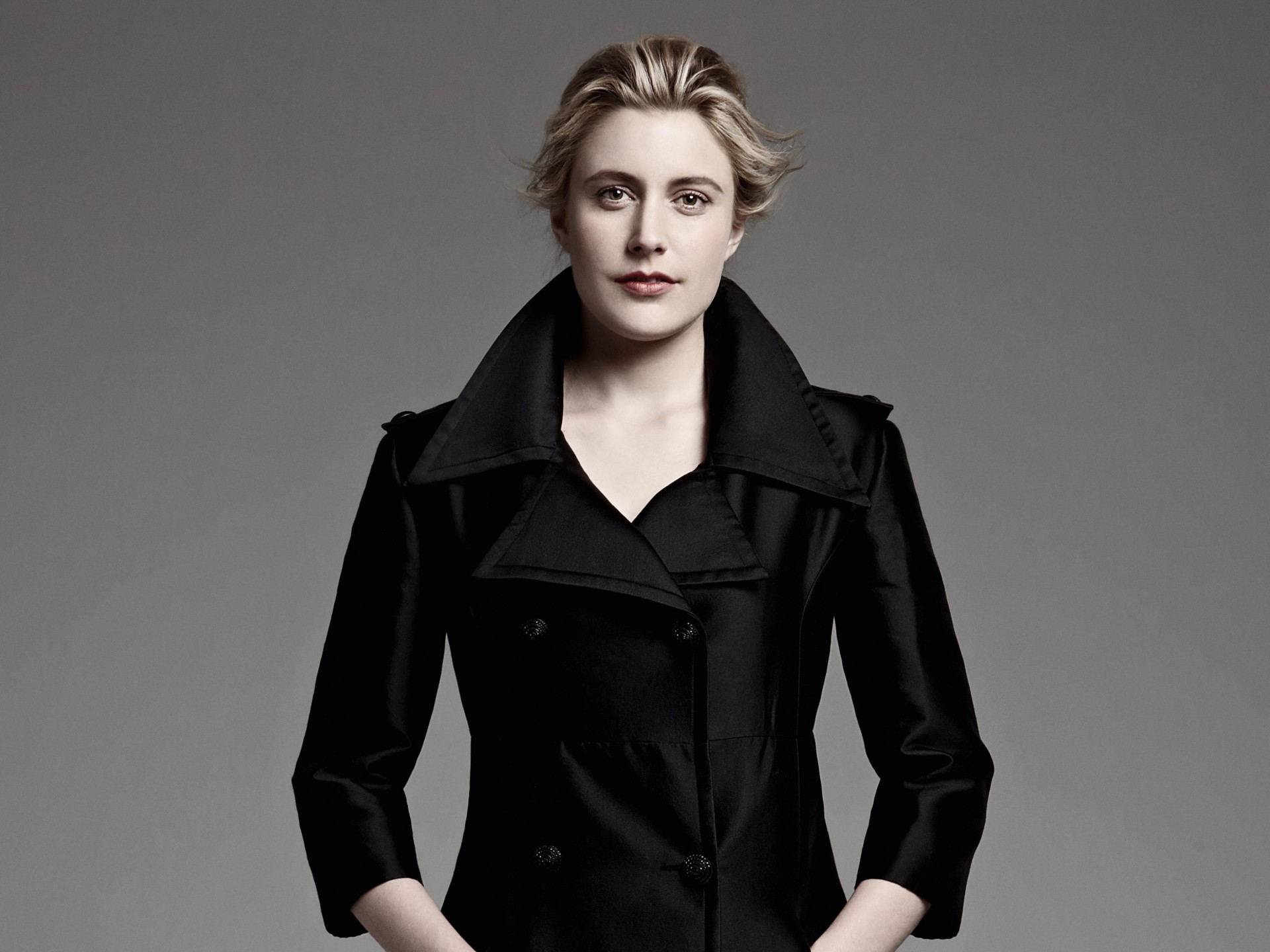 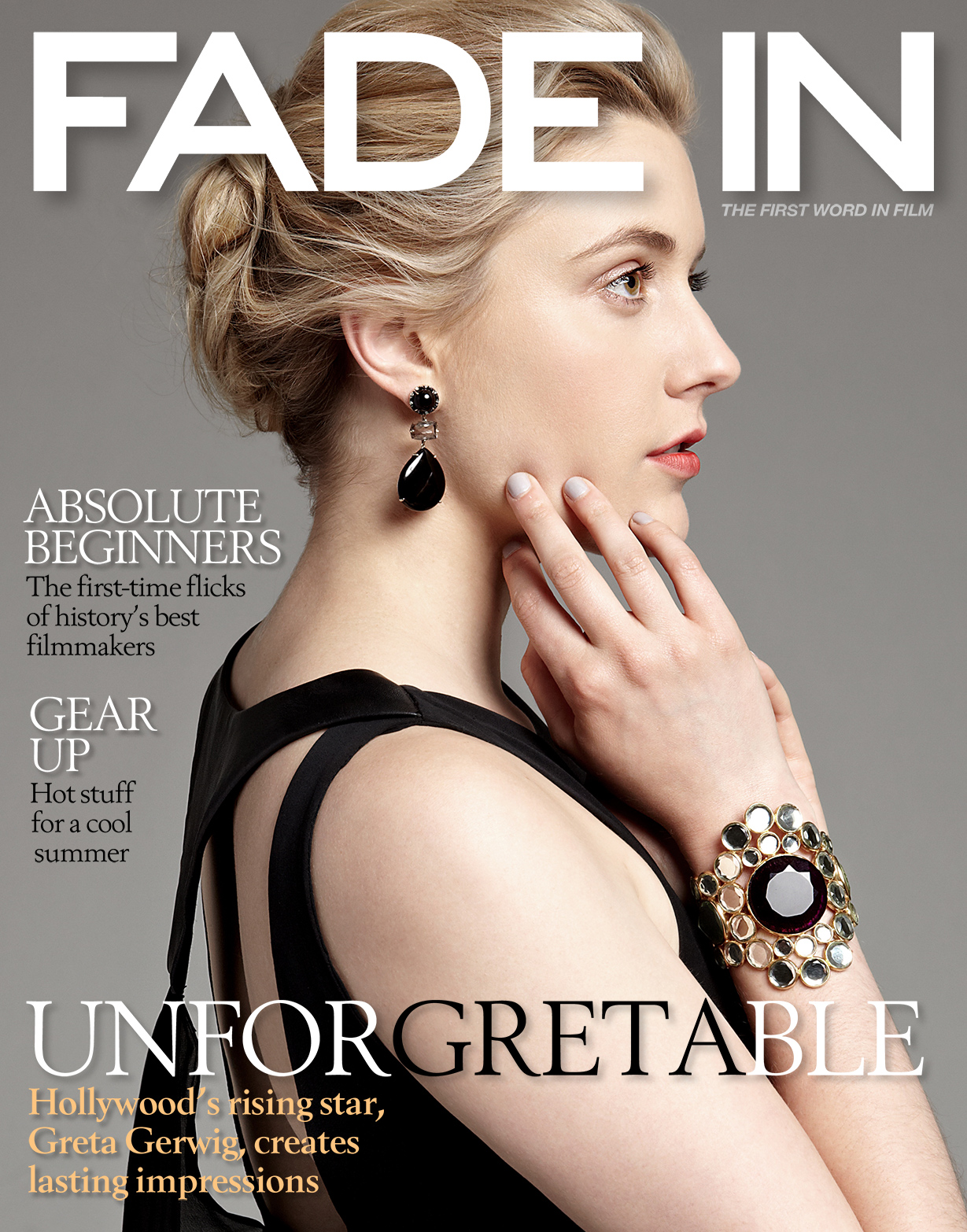 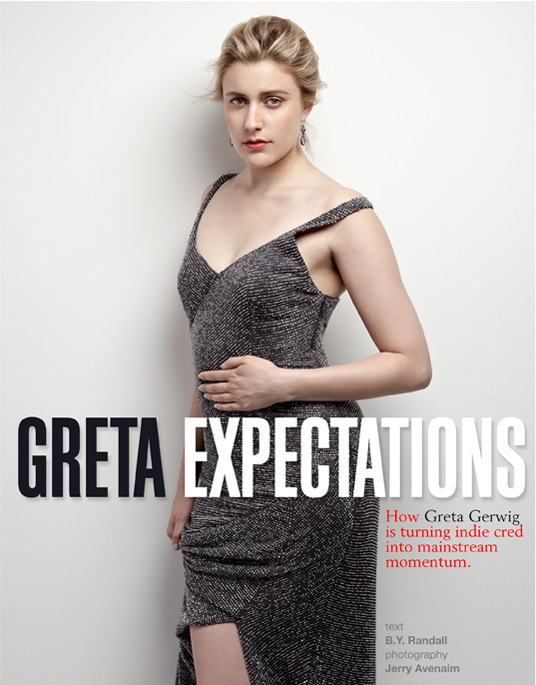 Greta Gerwig is flirting with danger. The Sacramento-born actress is at real risk of losing her cult status. In six years, she’s gone from making small-budgeted arthouse fare — like Hannah Takes the Stairs and Baghead — to breakout stardom, co-starring with A-listers Ben Stiller, Russell Brand and Ashton Kutcher, and being directed by legends like Woody Allen.
She’s also giving Samuel L. Jackson a run for his money as the hardest working person in movies, having racked up seventeen films over that period. But all that’s just fine for the genial and extremely literate actress, whose talents reach far beyond that of performing — she can also list writer, director and producer on her ever-expanding resume.
One thing you won’t find her listing, though, is any social media profile. She doesn’t Facebook, Tweet or post – a rarity in a culture where everyone seems to want to be the star of their own Truman Show.
“I understand it, and I’m sympathetic to it,” says Gerwig. “It’s incredibly seductive. In some ways it relieves this idea of whatever fame is, by diffusing the fact that everybody is the star of their own life show. And it’s them reflected in sort of a hall of mirrors.”
Gerwig was initially recognized for her work in the “mumblecore” movement; her starring role in 2006’s Hannah garnered her glowing reviews among the independent community, and eventually led to the role of a quirky and endearing personal assistant who tries to handle prickly Ben Stiller in Noah Baumbach’s Greenberg. The film provoked polarizing reactions, but there was no denying the talent and appeal of Gerwig, who more than held her own beside Stiller. She earned raves and landed an Independent Spirit Award nomination for Best Actress. It wasn’t long before the studios came calling —she was cast opposite Ashton Kutcher in No Strings Attached, and won the Liza Minnelli role in the remake of Arthur.
True to her roots, though, Gerwig returned to the indie scene to work with Whit Stillman, starring in the director’s first film in fourteen years, Damsels in Distress. And in this month alone, audiences will be getting a double dose of the blonde beauty, as she appears in a segment of Woody Allen’s To Rome With Love, and finally gets her chance to carry a bigger-budgeted film as the title character in Fox Searchlight’s Lola Versus. While her career heats up, the self-professed workaholic affably takes it all in stride, remaining remarkably unpretentious and self-deprecating. No wonder she doesn’t fit easily into Hollywood.
Fade In recently spoke to the New York-based actress at a photo shoot to promote Lola, where she weighed in on, among other things, why she decided on the East Coast, how to handle rejection and the true joys of owning an IBM Selectric. 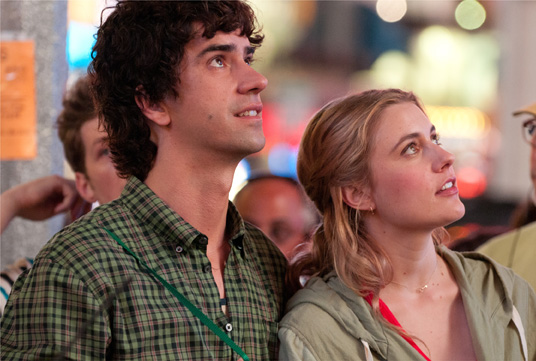 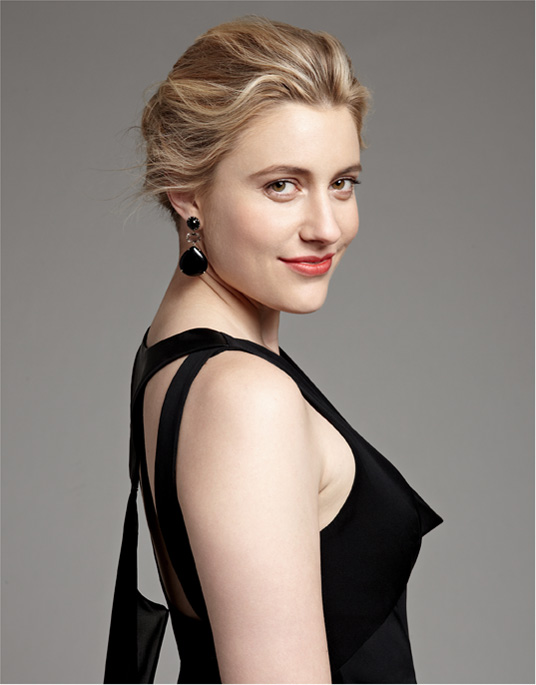 “In New York, people will have not showered for three days but put on a haute couture dress and go outside at two in the afternoon and chain smoke. In L.A., everyone is very healthy and they work out a lot, and they always have perfect hair and makeup, but they’re wearing sweatsuits.”


Lola Versus is the first big-budgeted film that you’ve carried. What kind of pressure was that for you? I felt a ton of pressure. I was very lucky that I had actually made the Whit [Stillman] movie before, because I was in most of that. It’s like a muscle being on every day. It’s like running a marathon. In some ways it’s much more pleasurable to play a supporting role, especially a comedic role, because you come in and you’re just awesome. The truth is, to be on every day, you don’t get to sparkle every day. Some of it is just filling in the gaps and moving it forward. Yeah, I was terrified of doing it because there is that feeling of “There is nowhere to hide here,” and although I didn’t write it or direct it, there’s nowhere to hide as an actor. I was scared. I was so scared the whole time.
Speaking of hiding, you’re going to be recognized much more now. Where do you stand on the whole “fame” thing? Are you comfortable with it? I don’t think I’ve had to confront any of the truly negative aspects of it because I don’t have that kind of mega-invasive noticeability. [For instance], the people [in] Twilight, I can’t imagine that. It sounds horrible. That anybody who gets into making films, or acting, or doing something so public, on some level is okay with being recognized because you wouldn’t do it otherwise. I’m mostly okay with it. As far as I can tell, if you can avoid having it happen to you before sixteen, that helps.
It helps the later it happens because when you’re forming yourself it can be a bit disconcerting [to] have energy focused on you that way. You have more of a sense of who you are, so it’s less impactful, it has less of an ability to build you up or destroy you if you experience it later. It can freeze people at a certain time, too. Like if you’re very beautiful when you’re very young, and you become famous at that particular moment, it becomes hard to grow up after that. It’s hard to become something else, and you’re forever chasing something that’s gone. [Laughs] I’m just talking about Hollywood.
You had the good fortune of working on Lola with one of the great rebels, actress Debra Winger. What kind of advice did she give you about the business? She didn’t give me any advice specifically, but I did feel very connected with her instantly. I was meeting her in the West Village because I heard she had been cast and she wanted to hang out because we were playing mother and daughter, and said, “Let’s go get some lunch.” I didn’t recognize her at first because she’s a little woman, and she was carrying a backpack, and I carry a backpack everywhere. My mother is always telling me, “You have to stop carrying backpacks. At some point you’re going to have to act like you’re a woman.” And I thought, “Debra Winger is carrying a backpack. I can carry a backpack forever.”
Did you see the documentary Searching for Debra Winger? Yeah, I did. I remember watching that and feeling depressed. I saw it when I was a teenager, and it made me really upset for whatever my chosen profession was going to be. I was far away from really being part of it, but it was discouraging.
You said that you were getting a lot of rejection when you first started. How does all that rejection form you as an artist? I was blessed with a lot of pigheadedness. I was always gifted at telling myself that what was happening didn’t feel like rejection. If I had a horrible audition, or something happened where I didn’t feel I wasn’t good enough, or someone said something mean to me, I would instantly turn it into a really funny story that I could talk about, and then it could be grist for the mill. I mostly didn’t experience any of it as rejection because I just couldn’t, because if I felt it like rejection I wouldn’t have kept going. So I always felt it was going to be funny material for something, or this is building me up for something, or that wasn’t the one, but it was paving the way for something. I was always able to turn it into something positive, and not negative. It was probably some constructive form of self-delusion. I also had this thing where I shied away from saying I was an actor to people when they asked me. I felt pathetic when people asked me. When you say you’re an actor, people always say, “Oh, yeah, what’s your day job?” I did have a day job, so I didn’t want to talk about the fact that’s what I wanted to do.
So what would you say you did? I would say I was figuring it out, which to me seemed less eye-rolly.
Always say you’re a writer. Well, as Whit Stillman and I talked about, saying you’re a writer is also a good excuse for no productivity. You can say you’re a writer and no one will ask to see your book, but if you say you’re an actor, people will ask what they can see you in. And it’s like, “Nothing. There’s nothing you can see me in.”

“There was a moment when I realized, ‘It’s the director.’ When I realized that Barton Fink was the same film that was directed by the same people who had written and directed The Big Lebowski. That for me was the moment I realized those were the people you really have to be paying attention to. Don’t follow the actors. Follow the directors.” 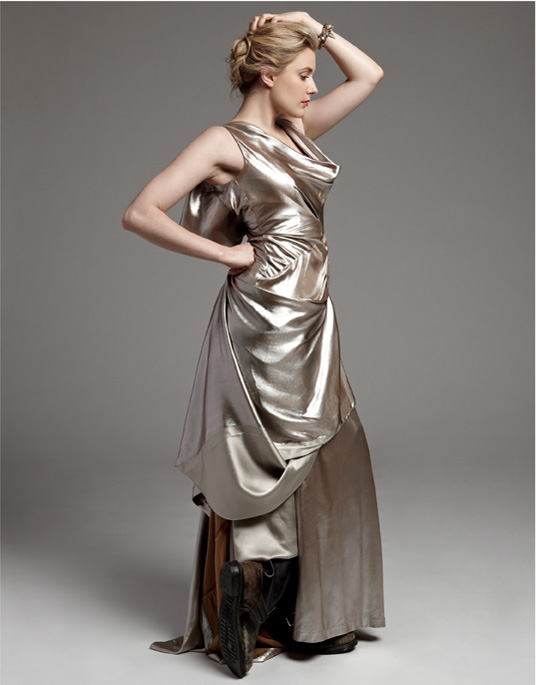 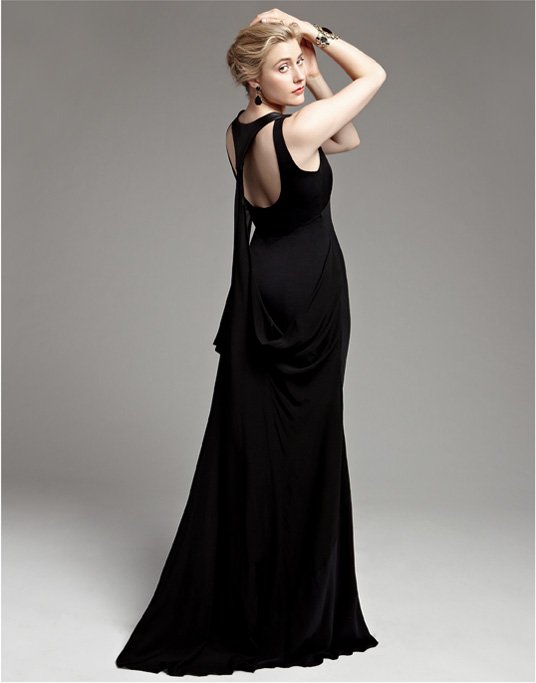 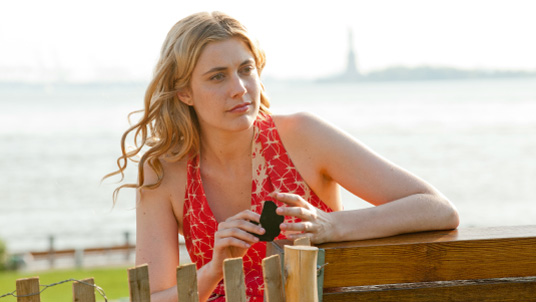 “I auditioned for Woody [Allen]. He called me back, and I actually acted a scene for him, and he gave me direction, and I acted it again, and I ended up getting the part. I had always heard that he doesn’t really want to see you act, he just wants to look at you.” 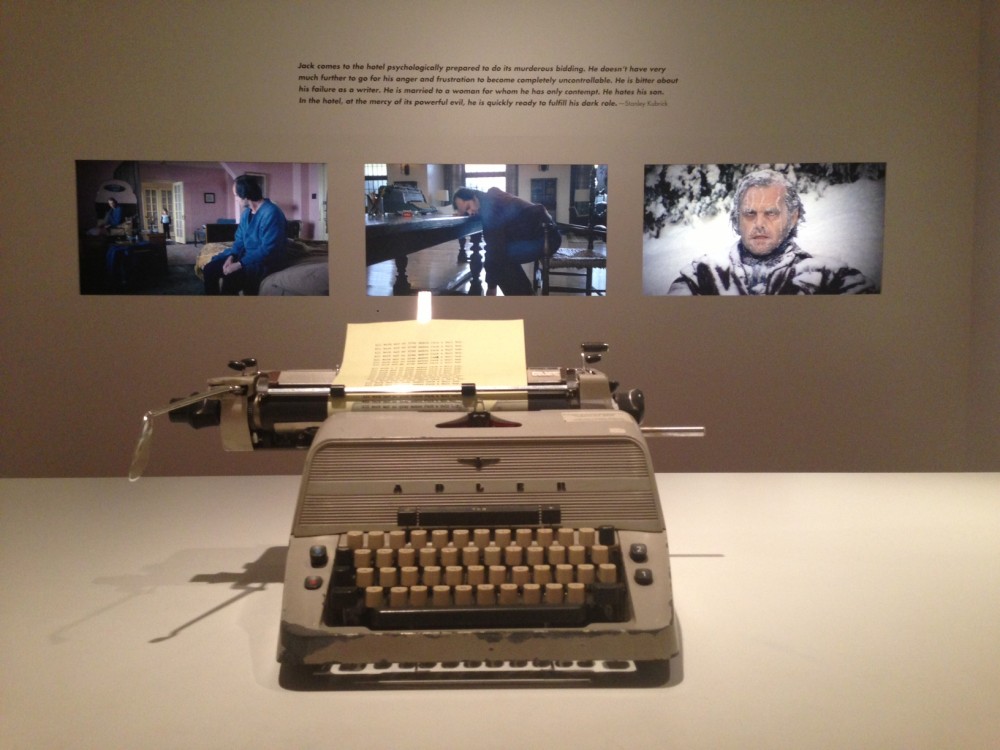 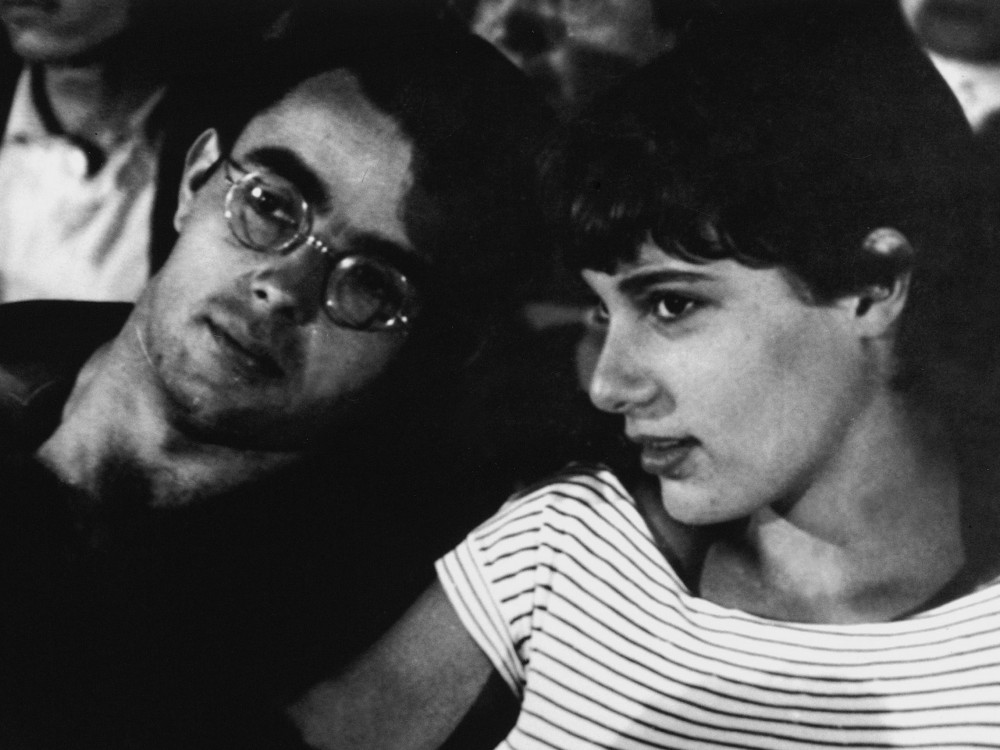