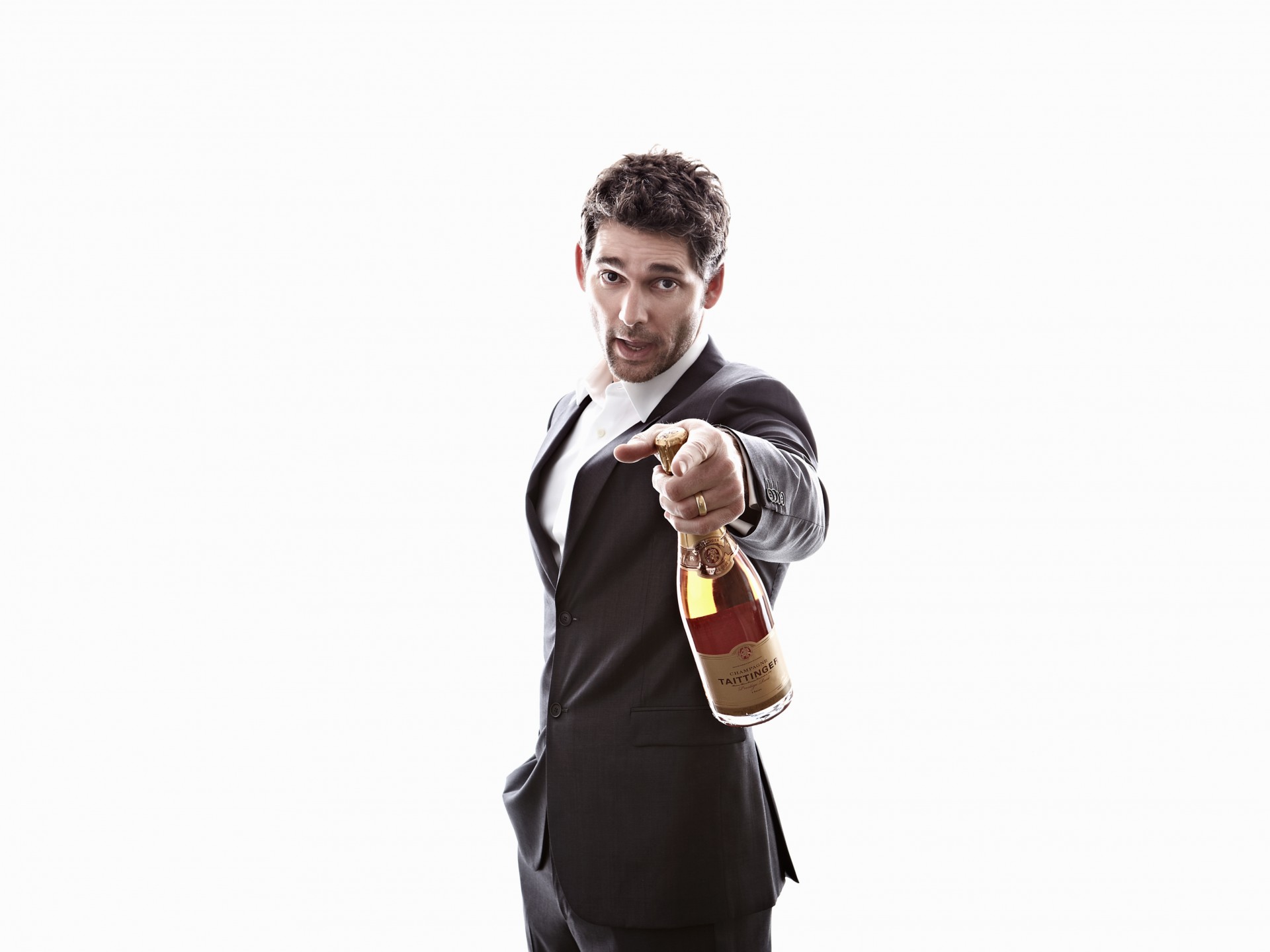 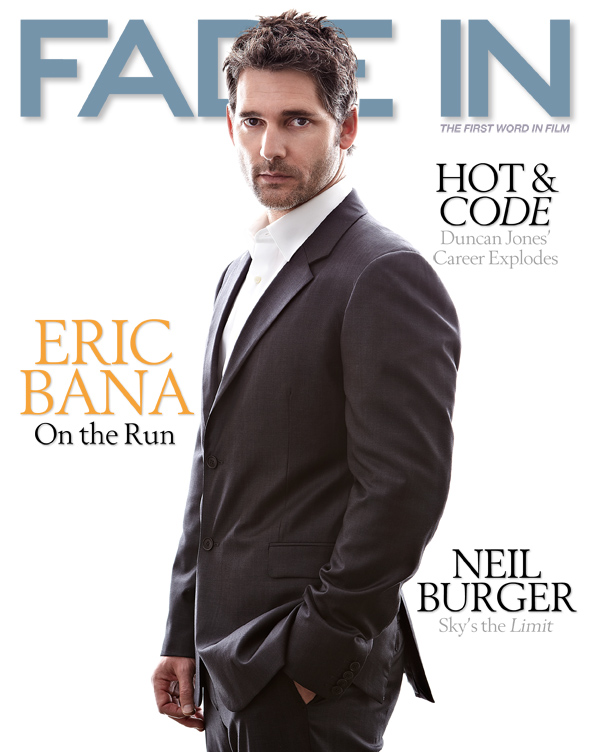 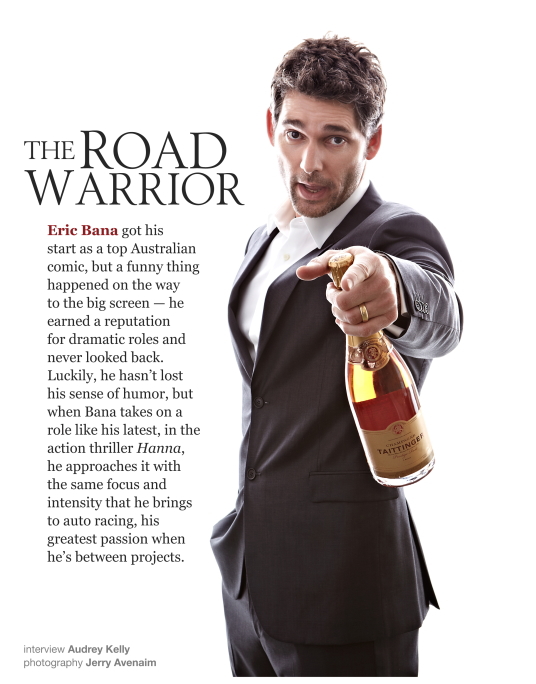 If you were a movie fan who caught Eric Bana opposite Adam Sandler and Seth Rogen in Funny People, and knew nothing of his background, you may have been surprised and impressed. Surprised (pleasantly, let’s hope) to see him lighten up for a change, and impressed at his spot-on Australian accent.But if you were familiar with Bana’s background — and knew that he grew up in Melbourne, got his start as a standup comic and was a sketch-comedy star on Oz television before the whole movie thing took off — your reaction may have been: it’s about bloody time!
Usually, performers known for their comedic chops yearn to show their range by starring in a dead-center drama — think Bill Murray in The Razor’s Edge or Jim Carrey in The Truman Show. Bana is the rare inverse: a guy with a serious gift for gags who made his first splash in dramatic roles and has seldom strayed since.
Not that he seems to mind. On the contrary, Bana has never been one to brood over his plight — and wisely so: he’s been directed by the likes of Steven Spielberg, Ridley Scott and Ang Lee, and his movies have earned north of a billion dollars in the U.S. alone. Instead, like so many Aussies, he exudes a “no worries” nonchalance, spurning long-term goal-setting in favor of taking things as they come. He doesn’t even employ a manager because, he says, “I don’t know exactly what they would, or could, do for me. I’m a pretty headstrong person who has strong instincts on what they like to do.” Which may help to explain his filmography — an eclectic mix of studio tentpoles (Star Trek), earnest costume dramas (The Other Boleyn Girl) and, yes, the (very) occasional comedy (Funny People), but no evident through-line.
To better understand Bana, it’s worth considering his greatest passion outside of acting — auto racing. He’s been obsessed with cars since childhood, and even directed a documentary, Love the Beast, about his twenty-five-year relationship with his 1974 Ford XB Falcon Coupe, a.k.a. “The Beast,” which he bought at age fifteen and still owns today.
To do them well, both acting and racing require dedication, sacrifice and a willingness to take risks that may not always be rewarded. But for Bana, the sheer pleasure he derives from being behind the wheel, or inside a character, would make pursuing them worth it, even if he never achieved success at either. In other words, he may come across as an easygoing bloke, but it’s clear that when he sets his mind to something, he’s as intense an Aussie as you’re likely to meet.That intensity served the married father of two well in such roles as Sgt. “Hoot” Gibson, the Delta Force soldier in Black Hawk Down; David Banner, the tortured scientist in Hulk; Hector, the rugged Greek warrior in Troy and Avner, the brooding assassin in Munich. And it was put to plenty of use on his latest project, the action thriller Hanna, as a former CIA agent who teaches his young daughter, played by Saoirse Ronan, self-defense and survival techniques that help her to elude capture by an intelligence operative, played by Cate Blanchett, when he must send her on a dangerous mission.
Bana’s next mission? Another thriller entitled Blackbird. Fade In caught up with the actor in Montreal, where he’s shooting the film opposite Olivia Wilde and Charlie Hunnam.

Hanna was a great choice. Oh, good. I haven’t seen the finished version, but I’m looking forward to it. What kind of film were you expecting?
I had only seen glimpses of footage previously. Had no idea it was going to be an intense, hold-onto-your-seat action thriller. I really loved the script. I thought it was pretty unique and really well written. And, dare we say it, an original screenplay. [Laughs] Just kidding.
Thank God we have more original material and book adaptations making it to the top of the box office these days, instead of sequels or comic book adaptations or reboots. Absolutely. It’s exciting to be a part of that.
Danny Boyle and Alfonso Cuaron were circling Hanna at one time to direct. At what point did you sign on? I came on after Saoirse and Cate, and Joe was already set to direct. Joe came to me to play the part of Erik, and I said yes right away. It all happened very quickly, actually.

“Even though comedy was my background…it’s not something I aggressively seek out only because I know that it would be very difficult to find something… My favorite kind of stuff is Larry David. That’s not exactly mainstream movie comedy.” 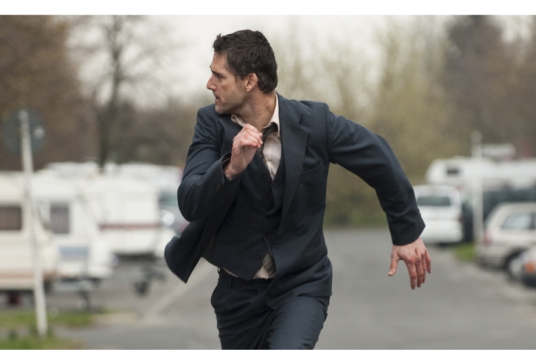 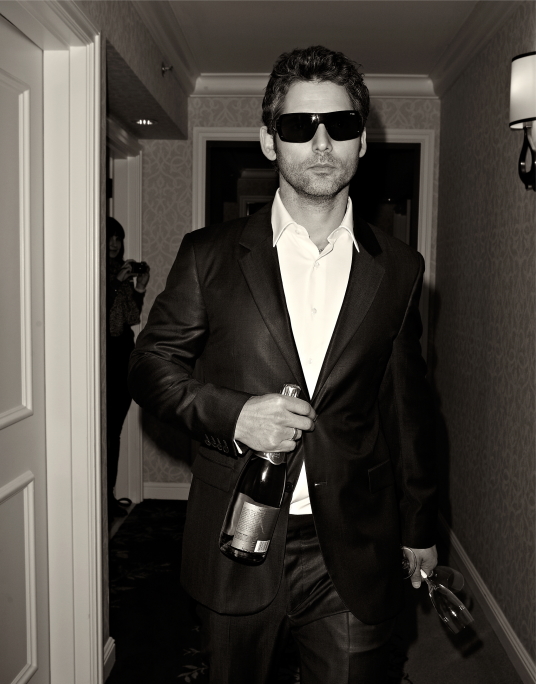 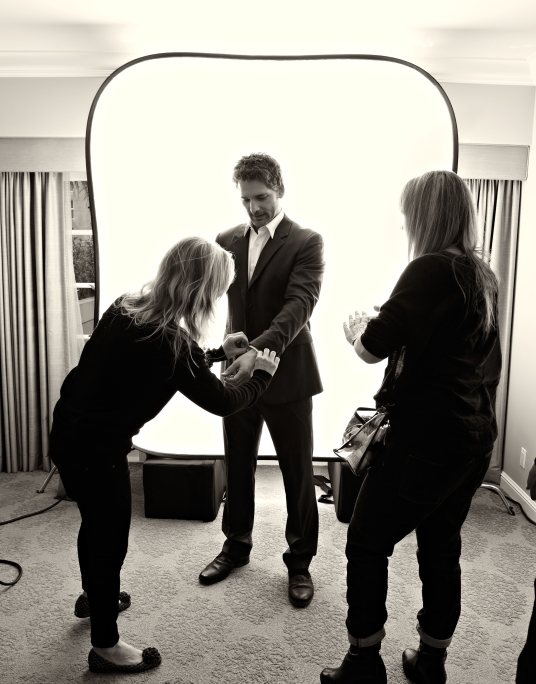 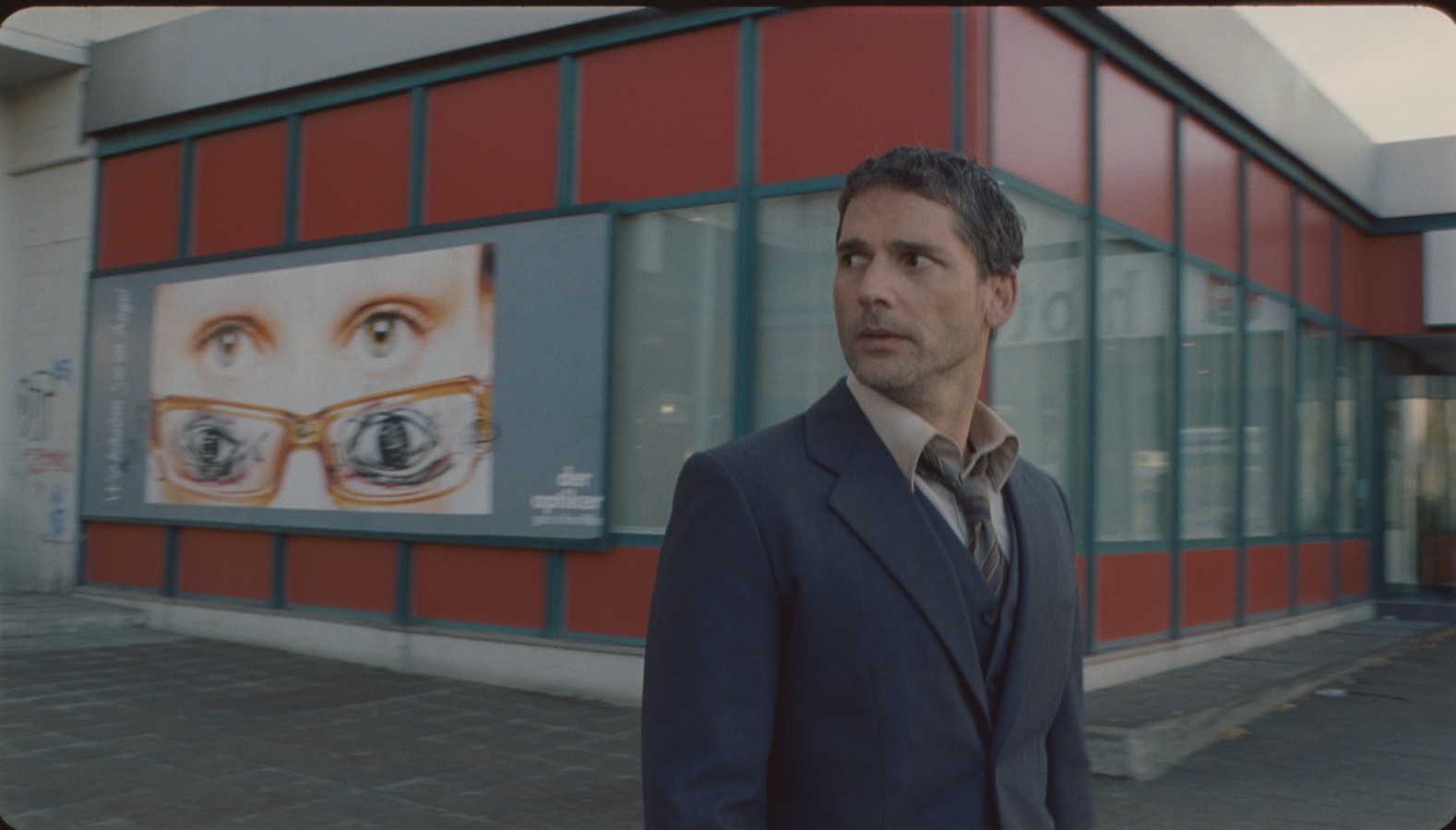 “Shooting the same scene in the underground [subway] was [the hardest part of the shoot] because it was one long shot – three-to-four minutes long – without a cut. It was a little scary, but at the same time I was up for it. It’s extremely rare. It’s exciting. It requires a lot of adrenaline. You know, where there’s a real cost for messing something up.”

“I believe in not having expectations [with respect to my career] because I believe they’re the biggest cause of disappointment in life. I really subscribe to the four quarters. I don’t believe in dissecting each quarter. You have to let the game play out and not buy into the day to day.” 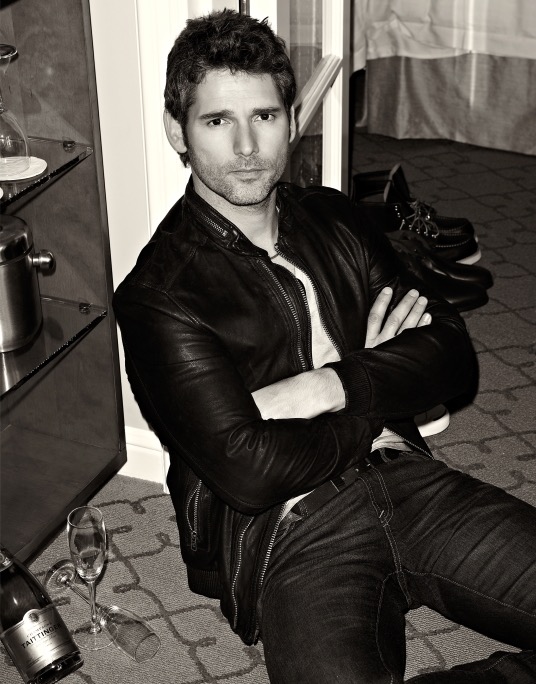 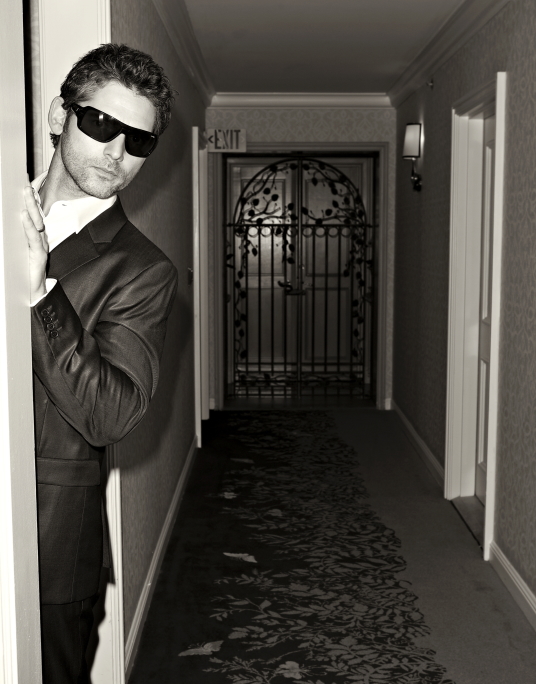 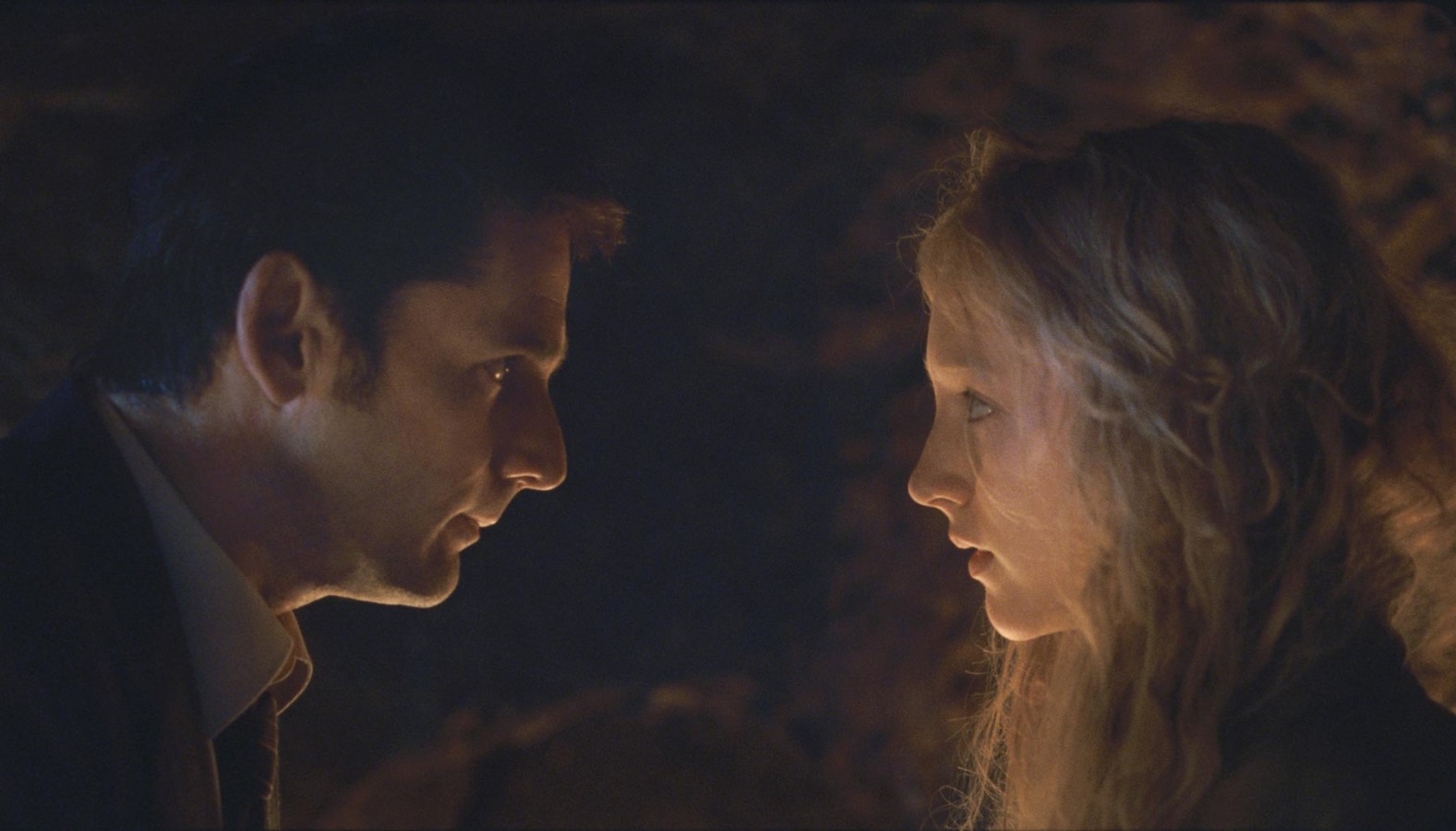 “I believe in not having expectations [with respect to my career] because I believe they’re the biggest cause of disappointment in life. I really subscribe to the four quarters. I don’t believe in dissecting each quarter. You have to let the game play out and not buy into the day to day.”


What, if any, riders are in your contracts in regards to racing while making a film? Or is it strictly verboten? It’s never been an issue. On the one side, every film I’ve done, I’ve barely had time to breathe, let alone to hop in a race car. I have a completely different life then when I’m on a film. I drop everything and focus completely on acting in the movie, and then, when I’m not working, I’m my own boss and I can do what I want. So it’s never been an issue. You would never have time to go racing when you’re working on a movie.
Last time we spoke, you said you had an idea for a script, but you hadn’t started writing. Any progress? That was probably Love the Beast.
How do you feel about directing a feature one day? Does the idea still appeal to you after that experience? Only if it was coming from somewhere within me; [something] that I could write. Storytelling is a pretty personal thing. I tend not to read a script with that eye. Once in a blue moon I might read a book and think, “This would be cool to adapt.” But it’s extremely rare.
So you haven’t fallen in love yet? Not yet, no.
We’re going to throw out the names of a few of the directors you’ve worked with — tell us something that you gleaned from each one. Let’s start with Joe Wright, who directed you in Hanna. That you can solely execute a style when you know exactly what it is you’re trying to do. The style of the finished film is something that was really in his head. The script was really strong but the style and tone of it was something that was very, very much there from the get-go, and that was pretty inspiring.
The tone is one of the most important aspects. A film can suffer if the tone is not right, even though the script is good. Exactly. That’s really what you’re counting on a director to do. To have that point of view, that sense, that feeling, right down to the score — all the elements that make up a film — he was able to verbalize prior to the production.
Steven Spielberg, who directed you in Munich. The one thing that I learned from his direction was staying in the moment. His ability to truly be in the moment of a rehearsal or a take; the framing, the lens that he chose; the way he thinks the scene may go and to allow the moment to happen. That was a really fantastic thing to experience, really exciting to be a part of. Someone who is open and reacts to his environment.
J.J. Abrams, who directed you in Star Trek. He’s kind of scary to be around because there are two brains running simultaneously. I’ve never seen someone have such a good time while conducting an orchestra of that size. I guess that comes down to imagination and spontaneity and preparedness. They can only have that much fun and give their work that much energy when they’re really prepared and know exactly what they’re doing.
Judd Apatow, who directed you in Funny People. There’s a fine line between playing ad-lib and letting things run off the rails. Judd is great at allowing a scene to breathe, and to have spontaneity, but still remain within itself, which is the real danger with ad-lib. What Judd is fantastic at is taking those parameters within a range that works for the scene and he’s always able to do it right there. And most ad-lib accompanies rehearsal, then gets incorporated. He was the most daring director I’ve worked with in that sense. It was a lot of fun.
And you got to play an Australian. Yeah, that’s illegal. 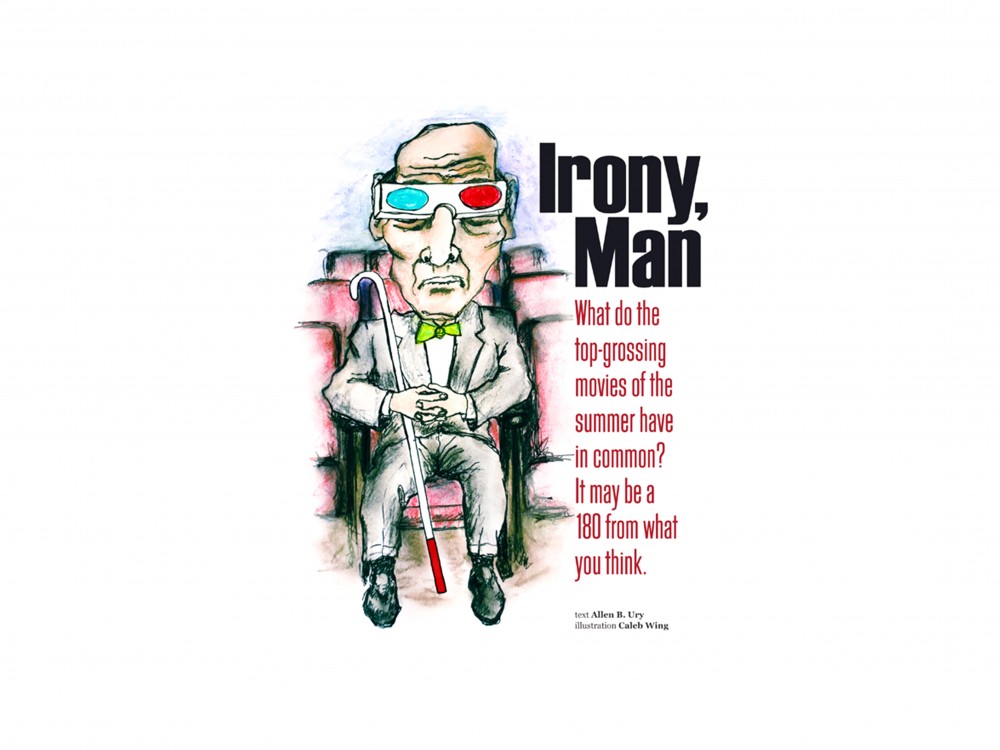 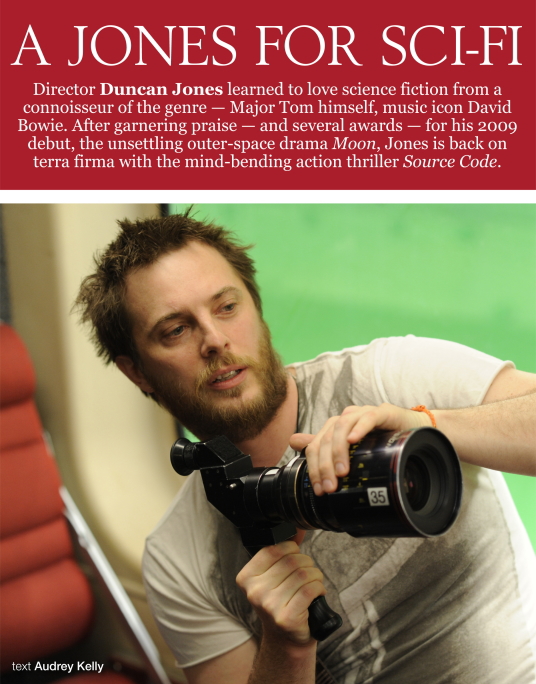 Next A JONES FOR SCI-FI | THE DUNCAN JONES INTERVIEW
REGISTER