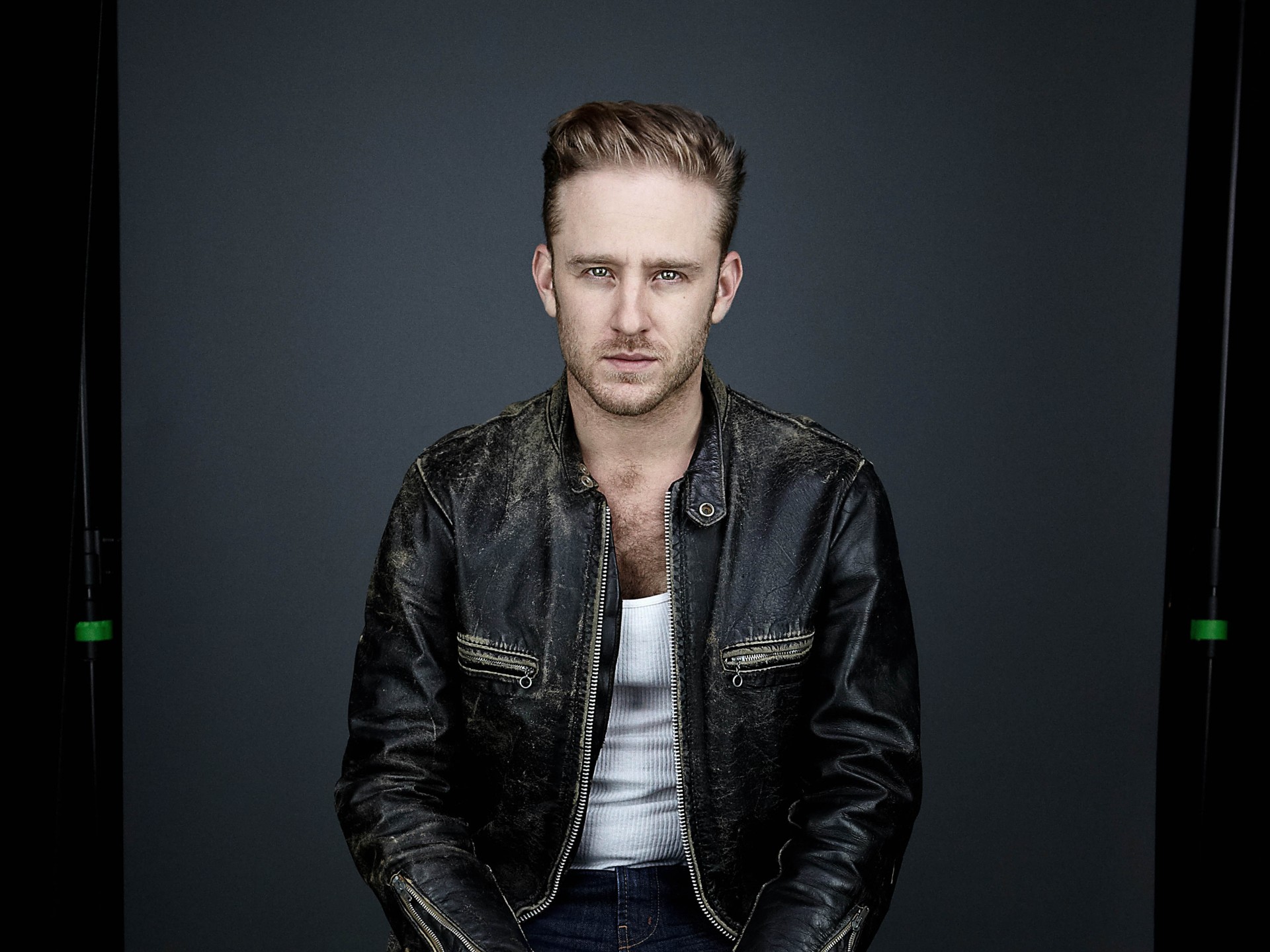 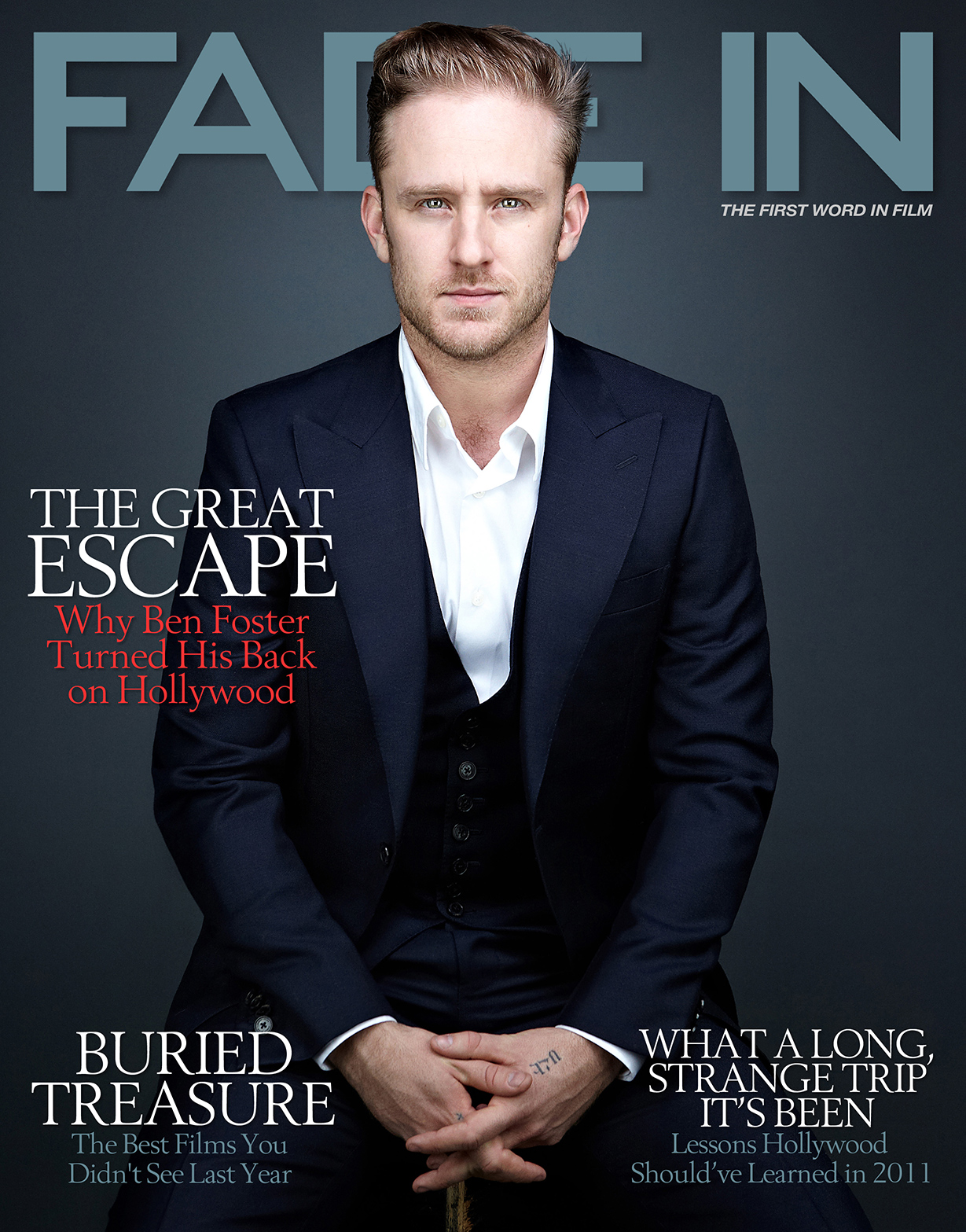 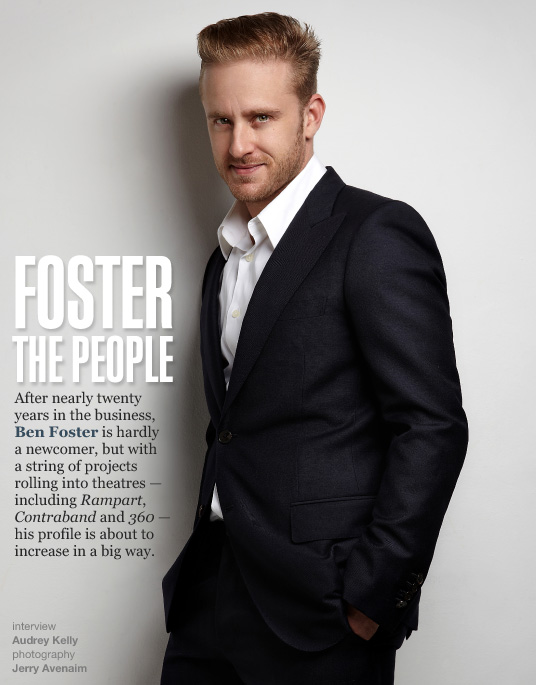 Not many people from farm country – or anywhere else, of that matter – are practicing Transcendental Meditation by the time they’re in kindergarten, but Ben Foster, pride of Fairfield, Iowa, was at it at age four. His precocity didn’t end there: at twelve, as a member of a Fairfield-based arts program, he co-wrote and starred in a play that earned international recognition. And by sixteen, he had left the Hawkeye State for L.A., where he was soon cast in the Disney Channel series Flash Forward. A few years later, in 1999, he broke into features with a supporting role in the acclaimed drama Liberty Heights, written and directed by Oscar winner Barry Levinson. Since then, Foster has remained on an up escalator, working steadily and building a solid resume of projects with several other respected helmers. In movies like Alpha Dog, directed by Nick Cassavetes, 3:10 to Yuma, directed by James Mangold and The Messenger, directed by Oren Moverman, he delivered performances with the sensitivity and intensity of a young Sean Penn.
Soon to come is a string of other noteworthy films, beginning with the crime thriller Contraband, starring Mark Wahlberg, followed by Rampart, a cop drama that reunites him with Moverman and his Messenger co-star Woody Harrelson. Later in the year brings 360, directed by Oscar nominee Fernando Meirelles, with a cast that includes Oscar-winners Anthony Hopkins and Rachel Weisz and Jude Law.
To cap this high-profile run, Foster is scheduled to start work soon on what may be his headiest project to date: Gotti: In the Shadow of My Father, a fact-based drama about the relationship between John Gotti, the flamboyant Gambino crime family boss known as “the Dapper Don,” and his namesake son. The film, directed by Barry Levinson, stars John Travolta as Gotti and Al Pacino as underboss Anielleo Dellcroce, with Foster in the pivotal role of Gotti, Jr.
Although he is perhaps best known for playing troubled, often unhinged, characters – ranging from Lauren Ambrose’s art-school boyfriend in the HBO series Six Feet Under and Angel, the winged mutant in X-Men: The Final Stand, to loose-cannon crooks in Alpha Dog, Yuma and The Mechanic – Foster in person is low-key and thoughtful, a guy who prefers the solitude of an Airstream trailer in northern California to late-night clubbing. But he is not without passion when it comes to discussing his work, both as an actor and as a producer, and in singing the praises of his younger brother, Jon, whose own career is starting to take off.
After nearly two decades in Hollywood, Foster has seen his share of cautionary tales. But unlike some of his peers, who have succumbed to the pressures and temptations of the business – which, as he puts it, “certainly puts you on a collision course with yourself” – he has not just endured, but thrived.
Reflecting on why he made it and others did not, he sounds very much like the grounded heartland product that he is. In Hollywood, “you get to find out what you’re made of, and who you are, pretty damn fast,” he says. “What are your values? What do you value? If you can hold onto to those, then maybe you’ll stick around for a minute.”
Or, in Foster’s case, a lot longer than that.

You lived in Los Angeles for years, but don’t you now split your time between Northern California and New York? I have an [Airstream] trailer in Northern California, and I go there for refueling. But I live now in New York, and have for three years.
Well, you’ve been on a tear lately. You’ll have both Rampart and Contraband in theatres this month, and you have a lot of films in the pipeline. Yeah, and again, nothing’s done until it’s out, you know? But I’ve been enjoying some solitude in the big trees in my trailer. That’s a good anchor.
Very Into the Wild of you… Except it has a different ending.
Of course, wasn’t talking about the ending, just getting out of the fray. The racket. Sitting in the trailer with the propane tank, making your scrambled eggs, making your coffee, looking at the mountain lions. It’s been great. I’m leaving tomorrow [for a press junket in New York]. Gotta shave the beard [laughs] and go sell some movie.
Didn’t you also take a year off after The Mechanic? After The Mechanic, I shot 360, which was a great experience. It was nine months to get Rampart off the ground, shot and then went to New Orleans for three weeks [to shoot Contraband], then hopped back in the editing room [on Rampart], and then went to London for three weeks, shot [360], and then came back for the final cut of Rampart. Then we’ve been on the press train getting it out there. So I’m thinking in terms of being in front of the camera, [it’s been since] spring.

“Hollywood will find every weak point in your heart and in your mind, and try to blow it out. And that may be by making your candle so bright that it just fizzles after a few years, and I saw a lot of good kids go down by their own hand, being run over by rejection, being swallowed by success. I’ve been very fortunate.” 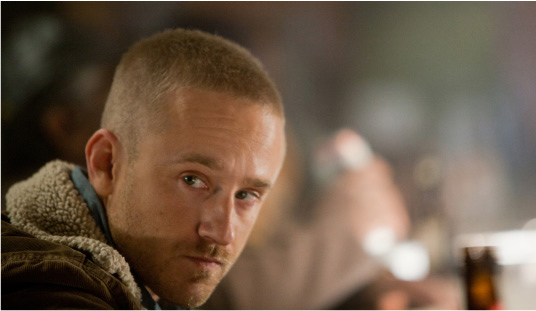 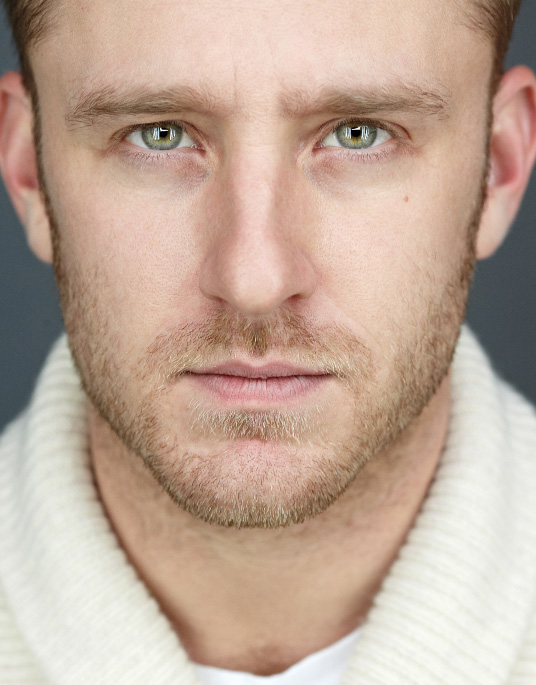 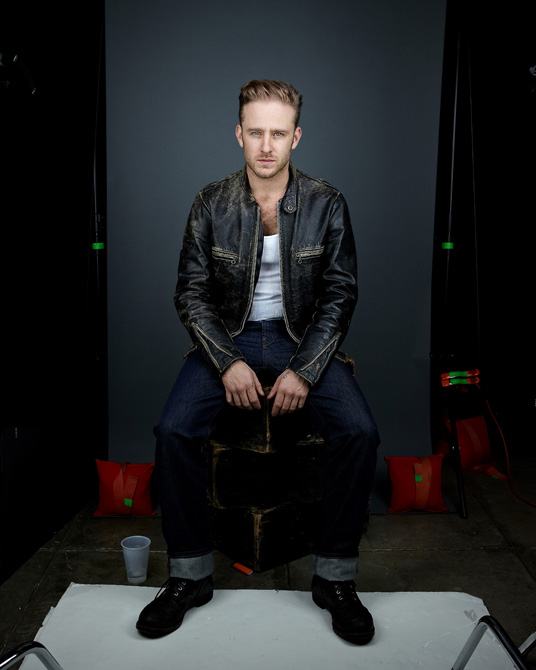 “After doing Six Feet Under, I was only getting bisexual art student projects. Then when I did 310 to Yuma, there was a swell of westerns. Alpha Dog was nothing but drug addicts. People are fairly narrow-minded in terms of playing people whose values or faculties are a little imbalanced. I’ve never looked for those roles, but it gets down to the people that I’m playing. Do I ask some questions or learn something [from] these people or this material?”

“The hardest part [about producing] is also the greatest thrill, which you’re confronted with 200 different problems every day. And they need to be solved, and answers need to be produced. That challenge of puzzle-solving exercises a part of my brain that, in film, [being] in front of the camera, doesn’t. I find that incredibly rewarding.” 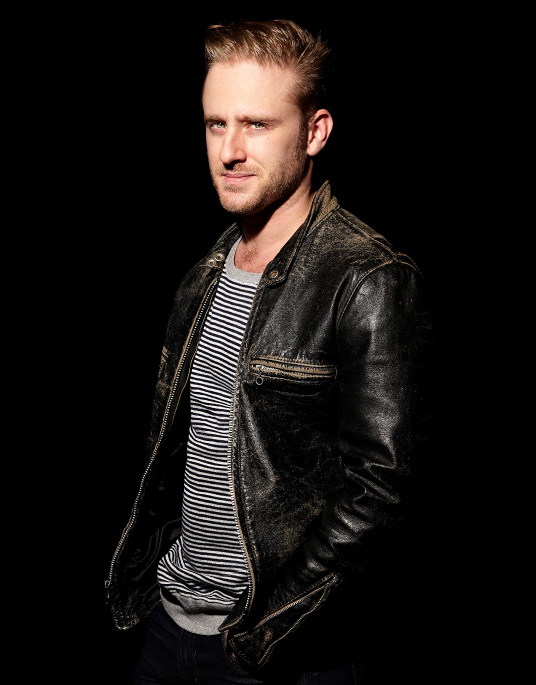 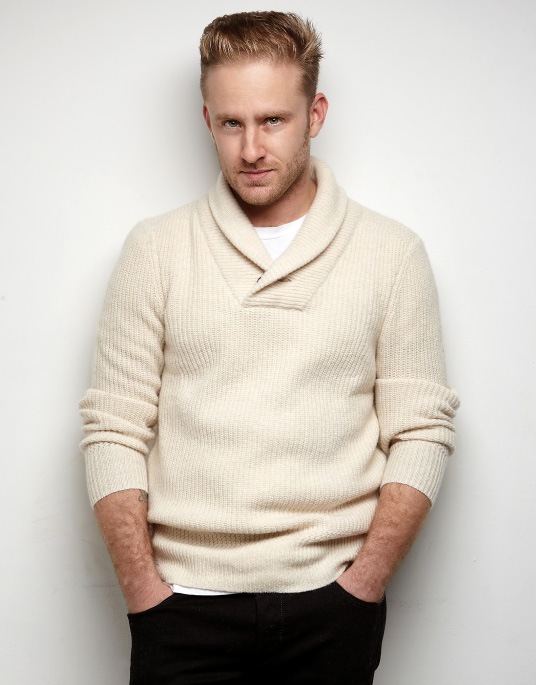 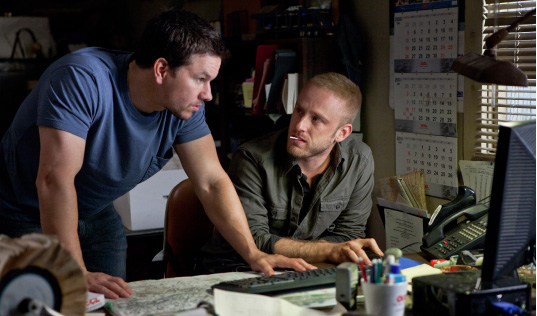 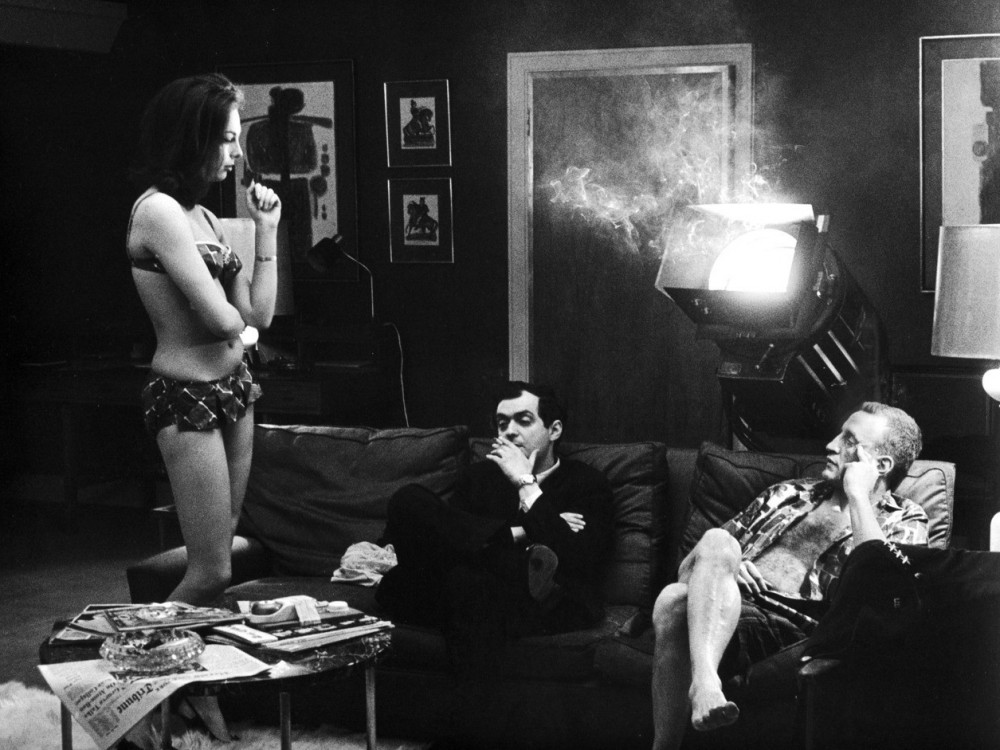 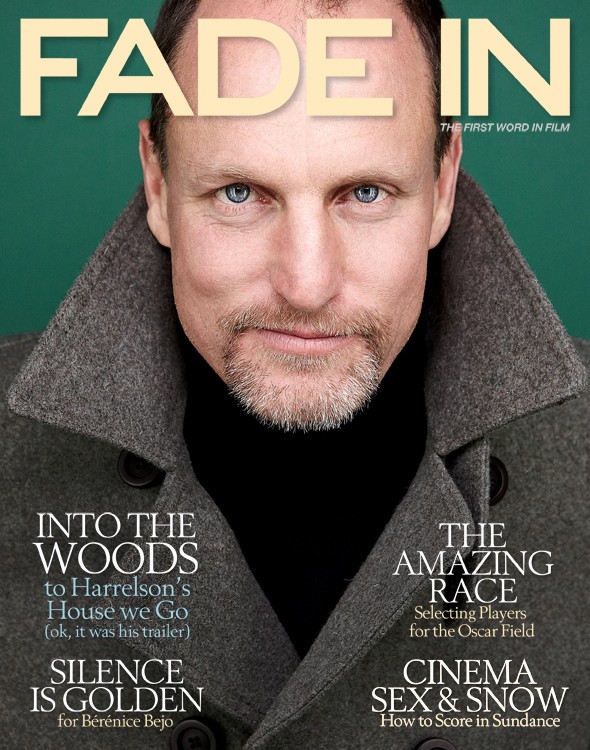 Next INTO THE WOODS | THE WOODY HARRELSON INTERVIEW
REGISTER